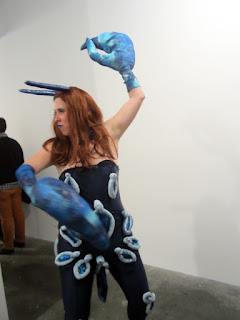 
The highlight of Thursday’s protest against Gavin McInnes’s appearance at New York University was a woman who screeched at the police:


Who’s protecting NYU from this bulls**t? Why are you here? You’re not here to protect these students from Nazis. No, you’re not! This is completely f***ed up. And these students had to f***ing face them on their own. You should be ashamed of yourselves! You should be standing up to those Nazis! You should be protecting students from hate! This is hate! These are f***ing assholes . . . you are a joke. You’re grown boys! You’re grown boys . . . and I’m disgusted! I’m a professor! How dare you! How dare you f***ing assholes protect neo-Nazis? F*** you! F*** you! F*** you! These are kids who are trying to learn about humanity! They’re trying to learn about human rights and against racism and xenophobia and LGBTQ rights, and you’re letting these f***ing neo-Nazis near here! You should kick their ass! You should! You should be ashamed of yourselves! You should! F*** that s**t. F*** that s**t. It’s not up to these students to kick the ass of a neo-Nazi! They don’t have to raise their fist! They were taught to be peaceful! F*** you! F*** you. I’m a professor. God f***ing damn it … you’re here to protect neo-Nazis! So f*** you! God f***ing damn it! Those kids should not have to take fists up to neo-Nazis, and you’re putting them in that situation! Go to hell. F*** you NYPD! 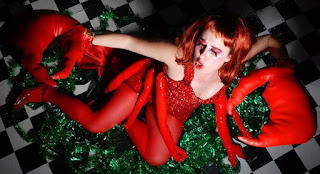 She certainly has the f-word down cold.


Click here to watch the video of her unhinged meltdown.

In case you lost count, that was 16 F-bombs in less than two minutes, and she twice identified herself as a professor, prompting curiosity as to whether she taught at NYU and what subject. However, online investigators say she is in fact an artist named Rebecca Goyette, an adjunct professor at Montclair State University in New Jersey.

But fear not, mothers and fathers of impressionable Montclair State students. Being an adjunct professor only means she's hired to teach particular classes (Lobster Pornography 101 perhaps), and not a member of the tenured professoriate, and so, nearly impossible to fire. All they really need to do is to not hire her to teach classes in the future.

In the meantime, some more of her "art" so you can see more of what a disgusting person, and bad artist she really is. 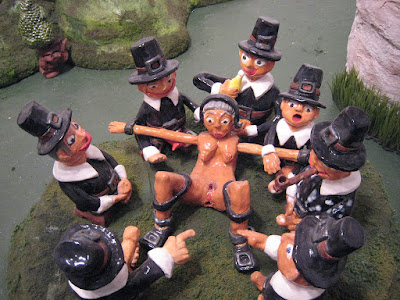 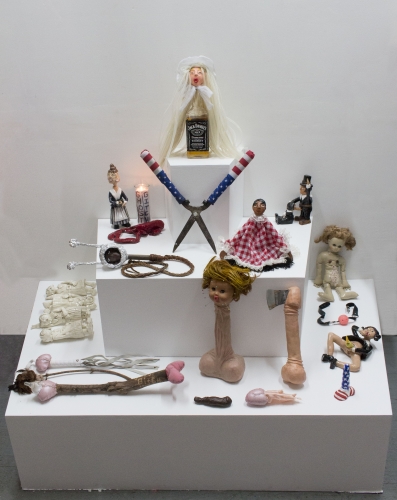 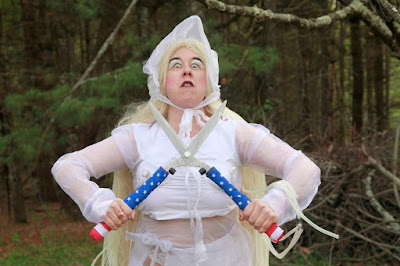