When police shut down the Dakota Access Pipeline protest camp last week in accordance with a deadline established weeks earlier, protesters left behind cars, loads of trash and also a number of stranded pets. KFYR in Bismark reports on the efforts of one local rescue shelter to round up the abandoned animals:


Two dogs and six puppies were found and rescued at the main Dakota Access Pipeline Camp by Furry Friends Rockin Rescue…
“Extremely sad being these guys were left behind. But we offer, Furry Friends offers hope. I mean there’s so much hope within Furry Friends as far as these puppies finding homes,” says Tiffany Hardy…
“It’s a mess down there, so it’s really, really hard to find these animals and get them,” says Julie Schirado.

According to the Furry Friends, the two adult dogs show signs of frostbite and have patchy fur. They posted this image of the animals on Facebook Saturday and were deluged with offers of help: 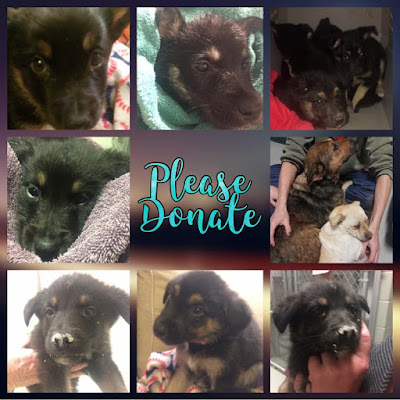 I don't care who you are, or what your deepest environmental goals are, there's no excuse for that.
Posted by Fritz at 8:33 AM