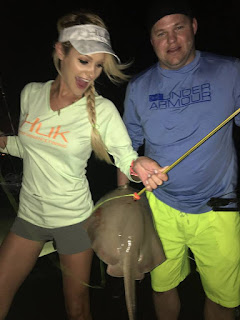 Groups advocating against the competitive killing of cownose rays in the Chesapeake Bay are asking state legislators to end the practice.

Animal rights organizations, including the Humane Society, Animal Welfare Institute and the Save the Rays coalition, on Tuesday testified in favor of Senate Bill 268, which would ban cownose ray fishing tournaments in state waters.

The tournaments first attracted public attention in 2015 after advocates released graphic video of a bowfishing contest in which fishermen shot rays with arrows, hit them with clubs and weighed them before dumping them back into the water. 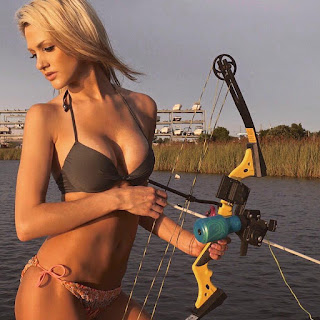 Not my favorite form of fishing, especially since Georgia sold my bow and arrows to buy a vacuum cleaner, but what ever floats your boat. Brooke certainly makes it look appealing.


"These events are inhumane, wasteful and ecologically destructive," Kathryn Kullberg, director of marine and wildlife protection for the Humane Society, told the Senate's Education, Health and Environmental Matters committee. "This is not something that Maryland should be known for."

Several groups representing fishermen, meanwhile, cautioned against a blanket prohibition on competitive fishing of the rays.

"It's no different from the other tournaments, and it's very detrimental to the watermen," said Bruce Bereano, a lobbyist for the Chesapeake Bay Commercial Fishermen's Association, which is opposed to the bill. "It would be like (telling) a farmer you can't shoot deer who are eating all your crops." 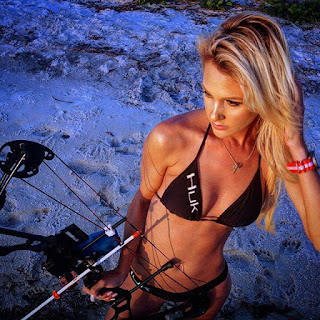 Cownose Rays are the ugly step sister of Chesapeake Bay fish. Unappetizing, although edible, they are not sought for the table. Hooked on tackle, they put up a strong, steady, but unexciting fight, for which you're generally grateful if you can get the tackle back.  They enter the Bay in huge numbers in spring, to have their young (they bear live babies) and have sex, and to graze on the bay's bottom dwellers. Opinions differ on whether they are a significant impediment to oyster recovery, but they can certainly eat them, and a lot of rays could eat a lot of them.

Before you ban a certain type of fishing, you should at least study the population to see whether the level of harvest is likely to be seriously affected by the added mortality. I see no evidence that this is being considered.

Wombat-socho has the grand "Rule 5 Sunday: The Humiliation Of Roger Goodell" ready at The Other McCain.
Posted by Fritz at 2:42 PM