But In His Defense, His Eyebrows are Perfect! 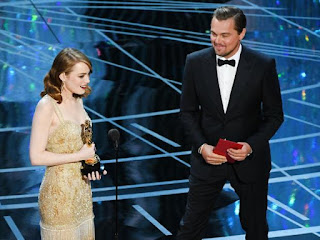 I guess; I've never really been a connoisseur of eyebrows:


Leonardo DiCaprio apparently spared no expense while getting ready for last weekend’s Academy Awards — the Oscar-winning actor and environmental activist reportedly flew a renowned “eyebrow artist” to the stars more than 7,000 miles around the world to have his face tended to ahead of Hollywood’s big night.

According to reports in the Sydney Morning Herald and the Independent, the 42-year-old Revenant star and fellow actor Tobey Maguire enlisted the services of beautician Sharon-Lee Hamilton, who made the 7,500-mile trip from Sydney, Australia to Los Angeles to ensure the stars’ brows were just right for the big show.

While the artists’s eyebrow services are reported to cost a relatively affordable $200, Hamilton — whose previous clients are said to include Beyoncé, George Clooney and Kim Kardashian — told the Herald that when traveling for work, her costs are covered by her clients. 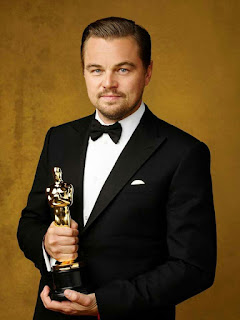 Nice gig, if you can get it. My hair cutter always offers to throw in the eyebrows for free, but I decline, because I want mine big, bushy and scary.


DiCaprio is one of Hollywood’s foremost environmental activists and green jobs campaigners.

In December, the actor — whose eponymous Foundation is dedicated to fighting climate change — met with then-President-elect Donald Trump at Trump Tower in Manhattan to discuss how jobs in sustainable energy could help contribute to an economic revival in the United States.

The actor also recently produced a National Geographic documentary on global warming, Before the Flood, that was shown on the South Lawn of the White House in October. DiCaprio has previously said that climate change “deniers” should be barred from holding public office. But the A-list star and environmental warrior has also come under fire for his apparent affinity for private air travel.

In April 2015, leaked emails taken from Sony Pictures revealed that DiCaprio used a private jet six times over a six-week period the previous year to travel between New York and Los Angeles for filmmaker’s meetings; in May, the star reportedly flew 8,000 miles between Cannes, France and New York City on a private jet to collect an environmental activism award.

Hypocrisy, thy name is Hollywood. Wombat-socho has "Rule 5 Sunday: Massachusetts Girl" ready at The Other McCain.