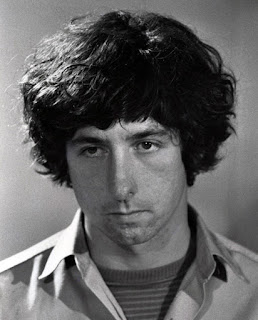 
A Republican legislator and Vietnamese refugee was dragged from the state Senate floor Thursday morning when a Democratic leader ordered her removed after she tried to criticize the late Tom Hayden, a former state senator and vocal opponent of the war in Vietnam.

State Sen. Janet Nguyen, R-Garden Grove (Orange County), who was born in what was then Saigon, spoke briefly in Vietnamese, but her microphone was shut off less than 30 seconds after she began to repeat her remarks in English.

State Sen. Ricardo Lara, D-Bell Gardens (Los Angeles County), who was presiding over the short floor session, called on Nguyen to sit down a dozen times, telling her she was out of order. But when Nguyen continued to read her statement into her dead microphone, Lara took stronger action.

“Sergeants, please remove Senator Nguyen from the chamber,” he said. “Have her removed immediately.”


In her statement, which Nguyen posted on her state Senate website, she argued that she was offering “another historical perspective” on Hayden, a founder of the 1960s radical group Students for a Democratic Society, one of the “Chicago Seven” arrested at the 1968 Democratic National Convention and a peace activist who served 18 years in the state Legislature.

Nguyen said she stepped out of the Senate chamber during Hayden’s memorial Tuesday, “out of respect to his family, his friends and you (senators).”

But she argued that Hayden “chose to work directly with the Communist North Vietnamese government to oppose the efforts of the United States forces in South Vietnam,” siding with a government “that enslaved and or killed millions of Vietnamese, including members of my own family.”


Like his allies the Rev. Dr. Martin Luther King Jr. and Senator Robert F. Kennedy, who were assassinated in 1968, Mr. Hayden opposed violent protests but backed militant demonstrations, like the occupation of Columbia University campus buildings by students and the burning of draft cards. He also helped plan protests that, as it happened, turned into clashes with the Chicago police outside the Democratic convention.
. . ..
In 1974, with the Vietnam War in its final stages after American military involvement had all but ended, Mr. Hayden and Ms. Fonda, who were married by then, traveled across Vietnam, talking to people about their lives after years of war, and produced a documentary film, “Introduction to the Enemy.” Detractors labeled it Communist propaganda, but Nora Sayre, reviewing it for The New York Times, called it a “pensive and moving film.”
. . .
He made the first of several trips to Vietnam in 1965, accompanying Herbert Aptheker, a Communist Party theoretician, and Staughton Lynd, a radical professor at Yale. While the visit was technically illegal, it was apparently ignored by the State Department to allow the American peace movement and Hanoi to establish informal contacts. The group went to Hanoi and toured villages and factories in North Vietnam. Mr. Hayden wrote a book, “The Other Side” (1966), about the experience.
. . .
Directing an S.D.S. antipoverty project in Newark from 1964 to 1967, Mr. Hayden, in his last year there, witnessed days of rioting, looting and destruction that left 26 people dead and hundreds injured. The experience led to “Rebellion in Newark” (1967), in which he wrote, “Americans have to turn their attention from the lawbreaking violence of the rioters to the original and greater violence of racism.”

In 1968, Mr. Hayden helped plan antiwar protests in Chicago to coincide with the Democratic National Convention. Club-swinging police officers clashed with thousands of demonstrators, injuring hundreds in a televised spectacle that a national commission later called a police riot.

But federal officials charged Mr. Hayden and others with inciting to riot and conspiracy. The Chicago Seven trial became a classic confrontation between radicals and Judge Julius Hoffman, marked by insults, angry judicial outbursts and contempt citations.