"Clock Boy's" Father's Lawsuit Blows Up in His Face 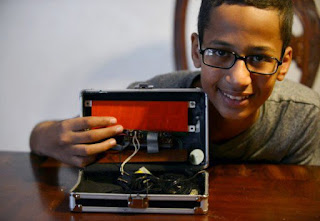 
Being sued for bogus defamation claims is a subject with which I have personal experience. Good to see a big win for Ben Shapiro:


On Thursday afternoon a Texas Judge dismissed a lawsuit filed against Daily Wire Editor-in-Chief Ben Shapiro by Mohammed Mohammed, the father of “clock boy” Ahmed Mohammed.
Claiming defamation, Mohammed filed the lawsuit in October 2015 after Shapiro made an appearance on The Kelly File questioning Ahmed’s story and motives surrounding a clock he brought to school that looked like a bomb. Ahmed was detained by police for the “clock” and was suspended. His family, who has ties to foreign regimes sponsoring terrorism, and CAIR promptly accused the school of Islamophobia and racial profiling.
Today, they were defeated in their quest to silence those who exposed them as activists, terror sympathizers and politically motivated.
“Ben Shapiro has always been a steadfast advocate of the First Amendment and there was never any doubt he was going to stand up for his right to speak freely,” Shapiro’s attorney Kurt Schlichter of Schlichter & Shonack LLP in Los Angeles tells Townhall. 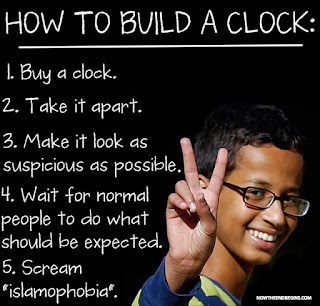 (Via Memeorandum.) Where did Mohammed Mohammed get this idea that people who make news can sue commentators who share their opinions about the news? Where did he get this bad legal advice? Isn’t it true that during the Obama administration, the Left engaged in an attempt to silence its critics through such “lawfare” harassment? Isn’t it fair to presume that Mohammed’s lawsuit against Shapiro was encouraged by the same people who have tried to stifle Pamela Geller? The only way we can defend the First Amendment is with an Army of Davids, so that there are so many people loudly proclaiming the truth that the liars cannot hope to silence us. And we need to beat these people in court every time they try this tactic of bogus lawsuits. The Texas judge has awarded attorneys’ fees and court costs to Shapiro. Let’s hope this teaches the enemies of freedom a lesson.

I suspect CAIR's pockets are deep enough.
Posted by Fritz at 3:09 PM