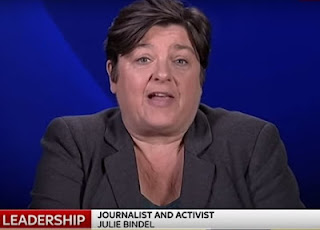 
England’s most influential radical feminist was asked whether she believes “heterosexuality will survive women’s liberation”:


It won’t, not unless men get their act together, have their power taken from them and behave themselves. I mean, I would actually put them all in some kind of camp where they can all drive around in quad bikes, or bicycles, or white vans. I would give them a choice of vehicles to drive around with, give them no porn, they wouldn’t be able to fight – we would have wardens, of course! Women who want to see their sons or male loved ones would be able to go and visit, or take them out like a library book, and then bring them back.
I hope heterosexuality doesn’t survive, actually. I would like to see a truce on heterosexuality. I would like an amnesty on heterosexuality until we have sorted ourselves out. Because under patriarchy it’s sh–.
And I am sick of hearing from individual women that their men are all right. Those men have been shored up by the advantages of patriarchy and they are complacent, they are not stopping other men from being sh–.
I would love to see a women’s liberation that results in women turning away from men and saying: “when you come back as human beings, then we might look again.”

Bindel’s suggestion of rounding up males “in some kind of camp” drew harsh attention from men’s rights activists (MRAs) at mgtow.com, the blog “HEqual” and at Reddit. What was most interesting, however, was the way in which other prominent feminists silently ignored this comment by Bindel, a militant lesbian who is a columnist for the British Guardian newspaper. What conclusion should we draw from the silence of “mainstream” feminists toward those who publicly express their movement’s anti-male/anti-heterosexual ideology?

I think I've identified a basic flaw in her plan. Men own most of the guns, and by and large, enjoy practicing with them (I exclude my demasculinized  brothers in academe), and the women who own and practice with guns, for the most part, are not devout lesbian feminists. We put up with a lot from women, but I don't think we're going to let them go there.

As Ed Driscol at Instapundit so deftly points out: TO BE FAIR, THAT’S ALWAYS THE LEFT’S PREFERRED APPROACH TO UNDESIRABLES

And this may be related (take a look at the picture of Julie Bindel above): Study finds women turn to lesbians due to lack of boyfriends


Women are more likely to have lesbian sex when they can't have sex with men, an authoritative study authored by Elizabeth McClintock, of the University of Notre Dame in Indiana, finds.

Dr McClintock said that women may be less likely to experiment with bisexuality when they find it particularly easy to find a male partner.

She said: ‘Women who are initially successful in partnering with men, as is more traditionally expected, may never explore their attraction to other women.

‘However, women with the same sexual attractions, but less favourable heterosexual options may have greater opportunity to experiment with same-sex partners.’


The study also discovered that less attractive women are more likely to become lesbians. At this point, you probably think I'm making this up, don't you? But no:

... her analysis showed that attractive women were more likely to think of themselves as purely heterosexual.