Why Women are Frigid

Why Women Are Always Cold 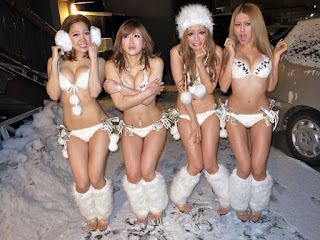 Women complain of feeling cold at much higher rates than men. Here, myriad anecdotes parlay neatly into actual evidence. In a 2012 review of the scientific literature, Sami Karjalainen of the VTT Technical Research Centre in Finland found that, "Females are more sensitive than males to a deviation from an optimal temperature and express more dissatisfaction, especially in cooler conditions."

Of course, their propensity to wear clothes as revealing as modesty allows in any given circumstances may account for part of the difference.


This dissatisfaction occurs everywhere: in bed, at the movie theater, outside, at work, etc. As easy as it would be for men to simply dismiss women's complaints as overstated, there are actually a lot of physiological reasons why their gripes are legitimate. 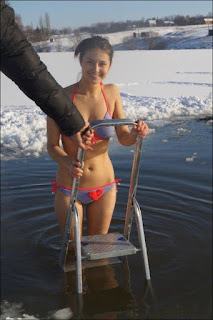 But then, in general, they're more willing to express dissatisfaction about nearly anything. Did he control for that?


For starters, women's bodies produce less heat than men's. Men generally expend more calories than women, about 23 percent more in fact. Spent calories are essentially burnt fuel. The body is a furnace, and a male body runs far hotter. Most of this variance is explained by the fact that men contain much more heat-generating muscle, but even if body composition and activity are accounted for, women's bodies still run 3 to 10 percent cooler. A good chunk of the energy we expend gets dissipated as heat, and this heat warms our skin, clothes, and immediate surroundings. As walking, talking space heaters, men are much more powerful. 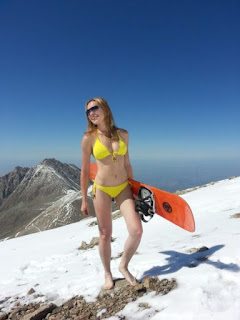 
Of course, being cold is not necessarily the same as feeling cold. But in this arena, women are also prone to feeling frigid. Owing perhaps to their more limited distribution of muscle, women's extremities run much cooler than men's. A 1998 study found that women's average hand temperature hovers around 87.2 °F, while men's averages 90 °F.

The better to touch you with, my dear.


"Women may be built to keep their vital organs nice and toasty, but their chilly fingers and toes could explain why they perceive themselves as cold more readily than men," io9's Robbie Gonzalez proffered. 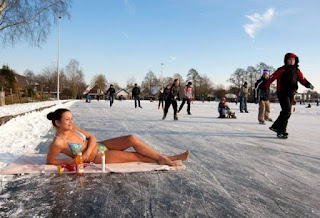 Fortunately for feminists, they can blame part of the problem on men.


Exacerbating women's feelings of coldness is the fact that an industry-standard formula used by many building managers to set indoor temperatures is based on a fifty-year-old estimate of the metabolic activity for a 155-pound male. This translates to a cooler building than most women would likely prefer.

"We should no longer neglect the more rigorous requirements that females have for indoor thermal environments. Gender differences indicate that females have, on average, a greater need for individual temperature control and adaptive actions than males," Karjalainen wrote back in 2012, adding, "If females are satisfied it is highly probable that males are also satisfied."

Certainly, in our household this tends to be true. I tend to run hot, and object to not enough AC in the hot, muggy Maryland summers quicker than she does, and need less covers at night. But in winter, I'm more reluctant to put on multiple layers to merely stay warm in the house, so I'm probably more likely to bump up the thermostat.

Wombat-socho has the big "Rule 5 Sunday: Roll Tide!"  post up at the The Other McCain.
Posted by Fritz at 6:00 AM