The Boobies of Baltimore 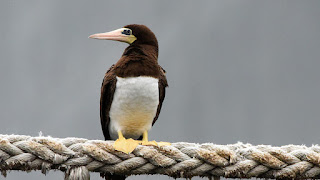 But nearly two weeks later, water taxi captain Deborah Rowan, herself an experienced birder and former crewmate of the Pride of Baltimore and Lady Maryland, spotted the birds and knew distinctive markings and diving patterns were special.

"When an unusual bird comes along, it is very noticeable," she wrote in an email alerting the Audubon Naturalist Society, which promptly shared the message with the local birding community.

Over the past week, the spectacle has lured an estimated 150 or more birders to the harbor, a chance to add a new and rare species to lifetime sighting lists. It likely will become only the second confirmed brown booby sighting in Maryland.

"It's become a huge cause celebre for the Maryland birding community," said Mark Hoffman, acting deputy secretary of the Maryland Department of Natural Resources and the leader on the Maryland Ornithological Society's "Maryland Life List." The brown booby is the 417th species he has spotted in the state. 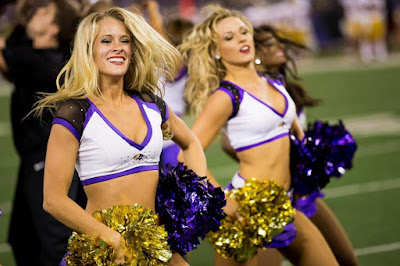 Wombat-socho has the big "Rule 5 Sunday: Roll Tide!"  post up at the The Other McCain.