Clinton.com and Her Flying Monkeys 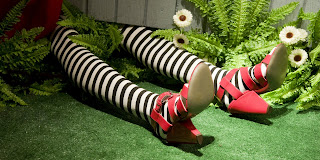 Ron Founier, democrat with a conscience (however withered) asks 19 questions: Sorry For What, Hillary?

1. While apo­lo­giz­ing in an ABC in­ter­view on Tues­day, you said, “What I had done was al­lowed; it was above­board.” You must know by now that while the State De­part­ment al­lowed the use of home com­puters in 2009, agency rules re­quired that email be se­cured. Yours was not. Just nine months in­to your term, new reg­u­la­tions re­quired that your emails be cap­tured on de­part­ment serv­ers. You stashed yours on a home-brewed sys­tem un­til Con­gress found out. Why not ad­mit you vi­ol­ated policy? Why do you keep mis­lead­ing people?

2. If what you did was “above­board,” then you wouldn’t ob­ject to all ex­ec­ut­ive-branch of­fi­cials at every level of gov­ern­ment and from both parties stor­ing their email on private serv­ers—out of the pub­lic’s reach. Tell me how that wouldn’t sub­vert the fed­er­al Free­dom of In­form­a­tion Act and “sun­shine laws” in every state?

“Going so soon? I wouldn't hear of it. Why my little party's just beginning.
~ Wicked Witch of the West Wizard of Oz”
― L. Frank Baum, The Wonderful Wizard of Oz 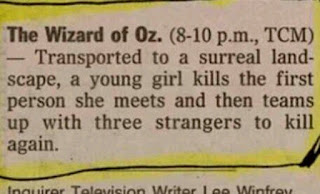 
Late last night, Hillary Clinton posted a new defense on Facebook for the Saga of the Secret Server. Starting off, “I want you to hear this directly from me,” the former Secretary of State — or her campaign — declared her use of an unsecured and unauthorized e-mail server for official communications to be “aboveboard,” despite its use to keep communications from legitimate and constitutional oversight by Congress and the courts. Unbelievably, Hillary then pledges transparency . . .

Let’s take these one at a time.

It wasn’t just a “personal account” — it was a secret server in her house, unsecured, unauthorized, which served to defeat the Federal Records Act and any FOIA demands for her official correspondence until the Benghazi select committee discovered its existence. To this date, she has not even acknowledged that, let alone accepted responsibility for it.

Personal accounts are allowed under State rules, but not for official business and certainly not exclusively. Hillary fired Ambassador Scott Gration for trying to work around those rules — and for transmitting Sensitive but Unclassified (SBU) data through his private e-mail. Also, the White House made it clear from the start that official business communications had to go through official systems, in part because of the FRA and their commitment to — wait for it — transparency.

None of it was “marked classified” because she and her team didn’t mark it. “Marked classified” is a red herring. The data is classified whether it’s marked or not, and intel on North Korea’s nukes from spy satellites should be pretty obviously classified; even a totally incompetent Secretary of State would know that much. In fact, two reviews by the CIA and NGA have confirmed it was Top Secret/Compartmented, as classified as it gets.

Hillary only provided those e-mails after Congress found out about the server, long after she left office. Had the Benghazi select committee never met, they’d still be holed up in Chappaqua or in a commercial server farm in Denver, along with all of the classified material it contained. Furthermore, Hillary only provided those e-mails to the State Department after culling out 31,000 e-mails her team didn’t want seen. In an official system, that archiving decision is not left to the account owner — and that was the point of using a secret server in the first place.

These “four sentences” are the same nonsense Hillary has spouted for months about the e-mail scandal, adjusted only slightly to take into account the hundreds of instances in which classified information got transmitted and stored in her system. Legally, Hillary may need to maintain these points forever, but politically they’ve been failing, and for good reason. They’re obvious lies and parsed-out gobbledygook.


“You're more than that," said the Scarecrow, in a grieved tone; "you're a humbug." "Exactly so!" declared the little man, rubbing his hands together as if it pleased him. "I am a humbug.”
― L. Frank Baum, The Wonderful Wizard of Oz

Clinton Emails From Government Aren't All There


The State Department has delivered only seven of nearly 70 pages of documents that a federal judge identified as potentially responsive to an Associated Press request for documents relating to Hillary Rodham Clinton's hiring of longtime aide Huma Abedin as a special government contract staffer.

The department's response contained only five email documents, two of them partially censored.

Meanwhile, government lawyers asked another federal judge to delay releasing thousands of pages of documents, sought by news media and legal and political organizations, from Clinton's tenure as secretary of state until January 2016.

The State Department's request to delay its release of emails and other Clinton-related documents raised the prospect that significant information about her tenure as secretary of state might not surface until after early Democratic Party presidential nomination contests in Iowa and New Hampshire.

Impatient with years of previous delays from the State Department over requests by the AP for emails and documents from Clinton and several of her top aides, U.S. District Court Judge Richard Leon set a strict schedule for release of the material last month. It included an order to deliver to the AP all uncensored portions of an estimated 68 pages of documents related to Abedin by Tuesday. The AP sued the State Department last March because of delays stretching back to 2013 in the news agency's efforts to obtain documents about Clinton's diplomatic stint under the U.S. Freedom of Information Act.

In a letter written along with the seven pages of documents, a State Department official writing for John Hackett, the agency's director of information programs and services, said only that searches of the department's Central Policy Records and Office of Public Affairs "did not result in the retrieval of responsive material." The official did not explain why the material was unresponsive or cite any specific national security or privacy concerns that prompted the withholding of the documents cited by the judge.


“Why, anybody can have a brain. That's a very mediocre commodity. Every pusillanimous creature that crawls on the Earth or slinks through slimy seas has a brain. Back where I come from, we have universities, seats of great learning, where men go to become great thinkers. And when they come out, they think deep thoughts and with no more brains than you have. But they have one thing you haven't got: a diploma.”
― L. Frank Baum, The Wonderful Wizard of Oz

Will he or won’t he? The Bryan Pagliano Story


So, Sec. of State Hillary Clinton had an IT specialist, for whom she arranged special and highly unusual payment arrangements, and who is now on the hot seat legally since Clintons aren’t ever on the hot seat themselves. Bryan Pagliano has pled the 5th for the moment, but Republican senators would like to grant him immunity in exchange for spilling the beans on his old boss.
As Ed Morrissey noted this morning, Pagliano and his lawyers, represented by the Clinton-close firm of Akin Gump, could do a proffer session with senators, which would gauge what Pagliano knows without forcing him to incriminate himself.
Pagliano has now refused that:


Hillary Clinton’s former IT staffer who is asserting his Fifth Amendment right not to answer self-incriminating questions rejected two Senate chairmen’s request for sneak peak at what he’d say if given immunity.
. . .
“Members of congressional committees and their lawyers have lately taken an expansive view of what constitutes a waiver by an individual citizen of his or her right under the Fifth Amendment,” he wrote. “Any ‘proffer session’ or other disclosure by Mr. Pagliano — or his lawyers acting on his behalf — of the contents of his possible testimony creates the very practical risk that our client will later be said to have waived his constitutional protections.”

This could be an indication of his unwillingness to spill the beans, an indication that he doesn’t know enough worth spilling to warrant immunity, or couldn’t it be an indication of his familiarity with Clinton tactics? If I were going to blow up Hillary Clinton’s spot, I would not be giving any of that milk away for free. Pagliano needs immunity in hand lest he risk handing himself over to the merciless Clinton machine. I’d be pretty wary of risking giving Congress any reason not to offer immunity if I were him. But as Ed notes, the Akin Gump representation makes one wonder where his interests and loyalties lie.

Thirty pieces of silver ought to cover it.

“A baby has brains, but it doesn't know much. Experience is the only thing that brings knowledge, and the longer you are on earth the more experience you are sure to get.”
― L. Frank Baum, The Wonderful Wizard of Oz

David Brock consigns the New York Times to Hell for the unforgivable sin of occasional bad press for Hillary:


David Brock’s war against the New York Times just went nuclear — and the paper is responding with equal fury.

The founder of liberal watchdog groups Media Matters and Correct the Record casts Bill and Hillary Clinton, whom he tormented in the 1990s as a reporter with the American Spectator, as personal and political angels who offered him access to some of the Democratic Party’s biggest donors.

I wonder what color the sky is in his universe.

“My world, my world... How can such a good little girl like you destroy all of my beautiful wickedness.
- Wicket Witch of the North”
― L. Frank Baum, The Wonderful Wizard of Oz 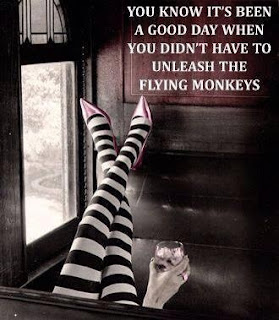 
So why wasn’t she held to account for this taxpayer money? The answer here really carries a bit of a stench. After more than a year of investigations the IG’s office turned over the case to Justice for prosecution. They declined.


The “alleged violations” cited were improperly requesting and approving annual leave and “embezzlement,” the documents state.
“The case was not declined based on the merits of the investigation,” stated the final investigative report, dated Jan. 26.
Such a designation usually means federal prosecutors decided not to pursue a case, but only because they didn’t think it worth the resources, not because the facts and evidence couldn’t support a case.

So the OIG felt that they had enough of a clear cut case to go after her for embezzlement, but the Justice Department found that it wasn’t worth the resources to pursue her. My, my, my… that’s awfully convenient. We’re not talking about an insubstantial amount of money here for one employee and it’s part of the public purse. But for some strange reason the case wasn’t worth going after so they dropped it.

I'm sure it wasn't the politics /sarc.  Look, sometimes prosecutors decide not to prosecute cases because it's too much time and effort for the small amount of benefit to the state. However, there are plenty of cases, probably a majority, where the gain maybe less than the effort, but prosecution goes forward anyway because part of the purpose of prosecution is preventative. One skinned cat may discourage a dozen or more.

“Some people without brains do an awful lot of talking, don't you think?”
― L. Frank Baum, The Wonderful Wizard of Oz