Despite efforts to increase residents’ access to the Anacostia River — and to continue making its waters clean enough that people want to access it — the National Park Service said this week it will close one of eight marinas on the river.

Nearly 60 boat owners currently use Buzzard Point Marina, located near the Anacostia’s confluence with the Potomac River, and have been notified to move their boats before the marina closes at the end of the year.

A third-party concessioner called Buzzard Point Boatyard Corporation has operated the NPS-owned marina for more than 50 years. But the facility does not make enough money to fund the upgrades necessary to continue operating the facility. 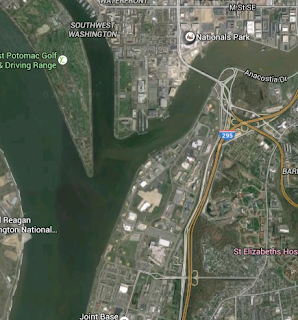 There are quite a few private marinas in the area, just downstream or around the corner in Washington Channel (that arm that leads up to the Tidal Basin) that seem to be well occupied. So maybe it's not anything about the desirability of dockage near Washington, so maybe it's not a market problem, but the government ownership that's  the problem. It's sort of an ugly little spot. Maybe they should just sell it for cash and fix up something else.


“Closing the marina is not a decision that was made lightly,” NPS Superintendent Gopaul Noojibali said in a press release, which also stated that the park service will work with the community to determine the best future use for the property.

In the meantime, the NPS will remove the docks, upgrade the boat ramp and maintain the park service-owned areas.

The concessioner’s contract was extended to the end of this year, and NPS officials have known for some time that it would be difficult to continue it much longer. Public law requires that the facility be upgraded to current standards — and that its operators have “a reasonable opportunity to make a profit,” said NPS spokeswoman Emily Linroth.

It became clear that the facility could not do both.

I went up and down past there a bunch of times in years past and never knew that the Park Service had a marina there. Given the amount of private marinas in the area, I don't see the need for the Park Service run one there.

It can be a pretty place to go boating: 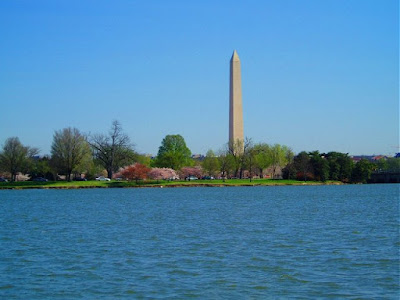