Can the Redskins Skin the Lambs? 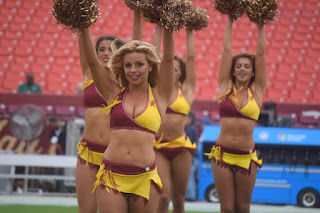 The second Washington Redskins game is on. I missed the first, against the Dolphins, which they lost 10-17. The big news, of course, is that RGIII has been relegated to third string quarterback, and might be traded in 2016.

And no discussion of the Redskins would be complete without a quick check at how the "name" controversy is progressing, the drive of some Social Justice Warriors (SJWs), both inside government and out, to force the Redskins to change their name to something that they claim will not offend anyone. 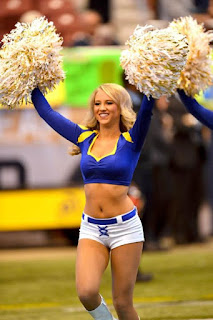 Of course, given the teams recent record, and by recent I mean in the last decade or two, I might well resent my people being chosen to represent their "fighting spirit" too.

Redskins score the first TD, on a long run by Matt Jones, after another long run by Alfred Morris. So who needs a Quarterback?

OK, I got the Dorito color off my fingers after lunch; what happened while I was gone? Oh, Dustin Hopkins of the Redskins  scored a field goal, 10-0 Redskins.

Now, back to the naming issue:


Bill introduced to get NFL to change Redskins name: 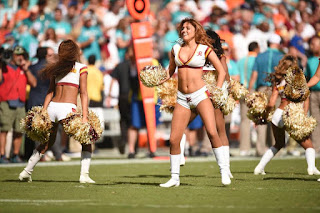 The District of Columbia's non-voting congressional delegate introduced a bill on Thursday to strip the NFL of its federal antitrust protection as long as it allows Washington's football team to use the name "Redskins," a moniker some see as racist.

Democrat Eleanor Holmes Norton said the National Football League and Washington's football team "should not be benefiting financially from federal antitrust exemptions while they continue to promote a disparaging moniker that has been found by legal authorities to be a racial slur.
. . .
Norton said in a statement: "The name of the nation’s capital, Washington, should always be associated with pride, not with a moniker that mocks and insults Native Americans." 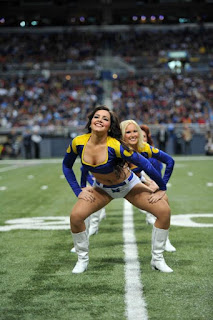 
The 2014 controversy over the Washington Redskins’ name has inspired at least one California bill that is now on its way to the desk of California Governor Jerry Brown.

Assembly Bill 30, titled the “California Racial Mascots Act,” was authored by Assembly member Luis Alejo (D-Salinas). In short, the bill would prohibit public schools from using the term “Redskins” as a school or athletic team name, mascot or nickname starting on Jan. 1, 2017.

A limited set of exceptions are detailed in the bill that allow schools meeting certain conditions a brief period of time where the name or mascot can still be used. Schools can continue to use uniforms or other materials bearing the term Redskins that are purchased before the Jan. 1, 2017, deadline, provided that the school selects a new school or athletic team name, mascot or nickname.

That's mighty white of him. 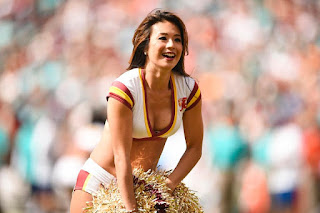 Your league is a bully. With a team called the Redskins, the NFL is insulting thousands of American citizens. Imagine if you named a team Redskins today? Or named a team any sort of derogatory term?

Yes, if you rename the franchise, many Washington football fans will be infuriated by your audacity. There will be a backlash. But you know what? Be the bigger man. Also, I think if the Washington Anyothernames went 12-4, those same fans would cheer as loudly and proudly as they would’ve if the team was named after an insult to Native Americans.

I can’t see some D.C. fan saying: “We’re headed to the playoffs, and Alfred Morris could win the MVP, but I just can’t get fully on board, since they’re not called the Redskins anymore.” 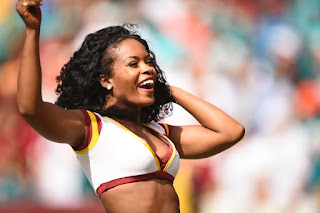 Yeah, screw the fans to satisfy a few panty-wetting SJWs who are just going to try to shut you down for not allowing women to play anyway.

And Pierre Garçon just scored on a short Kirk Cousins pass and a good kick, so 17-0.

Obama will do Business with the Ayatollah, but not with the Redskins:


The Redskins consider building a new stadium in the nation’s capital, but the Obama Administration promised to block construction of the project, on the current RFK Stadium site, unless the team changed its nickname.

In other words, the Obama administration expresses willingness to do business with Iran, the world’s leading state sponsor of terrorism, but not the professional football team cheered in the nation’s capital.

Do chants of “Death to America” really offend less than “Hail to the Redskins”? 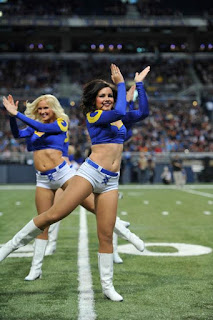 
“You know, I think it’s really unfair to keep asking everybody about the name, in the sense that we’re trying to get the team located in the District of Columbia, and every time the name comes up it becomes impediment for that to happen,” D.C. Council member Jack Evans (D-Ward 2) said on ESPN’s “Outside the Lines.”

Evans was participating in a panel discussion featuring three outspoken opponents of the name; host Bob Ley mentioned that Washington Mayor Muriel Bowser had declined an offer to participate on the panel.
. . .
Virginia Gov. Terry McAuliffe, who has said he is “aggressively” pursuing a stadium deal, has noticeably steered clear of the name debate. And Evans said on “Outside the Lines” that the name should not be connected to the stadium issue.

Never get between a politician and money. 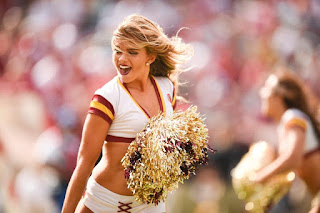 
In an interview with CNN, Reid responded to a question about whether NFL commissioner Roger Goodell should resign in the wake of deflate-gate with some pointed remarks for Goodell and Redskins owner Daniel Snyder. Here's the transcription of the Reid's remarks, courtesy of The Washington Post:


“Here’s a recommendation I’ll give to CNN: Don’t use the word Washington ‘bleep.’ The name of the Washington football team is disparaging to a large number of my constituents, and he demeans them every day.
“Snyder’s tried to bribe some of my folks, buy them little cars.
“To make this big deal about how much air is in a damn football. I’ve played a little football, I don’t think it makes any difference. 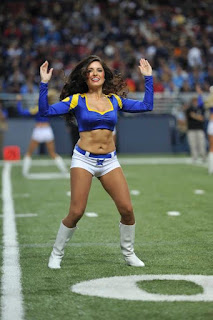 I hear that as a request for bigger bribes.

Oh, and a couple minutes into the second half, the Ram's Greg Zuerlein get a 52 yard field goal.

The next drive had more flags than theme park including a punt kicked three times. Ugly!

Matt Jones scores another running touchdown for the Redskins with 2:40 or so left, and the extra point is good, 24-10.

Did the Oneida Nation bribe the Indian Rodeo to oppose the Redskin name? Why did Indian rodeo reject ‘Redskins’ name and Dan Snyder’s money? 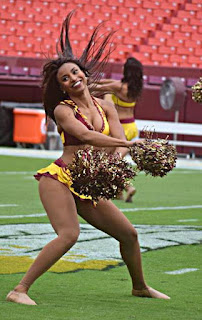 The Native American tribe leading the fight to change the Washington Redskins name is locked in a dispute — one that includes accusations of lying, bribery and exploitation — with the foundation that team owner Dan Snyder created to help Indians in need.

It's a long story, and somebody is lying, so make your own best guess.

Wombat-socho has the big "Rule 5 Sunday: Roll Tide!"  post up at the The Other McCain.
Posted by Fritz at 1:23 PM