The September 16, 2015 M 8.3 earthquake west of Illapel, Chile, occurred as the result of thrust faulting on the interface between the Nazca and South America plates in Central Chile. At the latitude of this event, the Nazca plate is moving towards the east-northeast at a velocity of 74 mm/yr with respect to South America, and begins its subduction beneath the continent at the Peru-Chile Trench, 85 km to the west of the September 16 earthquake. The size, location, depth and mechanism of this event are all consistent with its occurrence on the megathrust interface in this region.

While commonly plotted as points on maps, earthquakes of this size are more appropriately described as slip over a larger fault area. Events of the size of the September 16, 2015 earthquake are typically about 230x100 km in size (length x width).

The motion generated a tsunami in the Pacific Ocean, expected to strike the Hawaiian Islands early this morning: 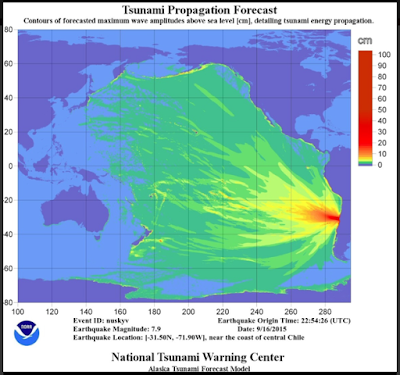 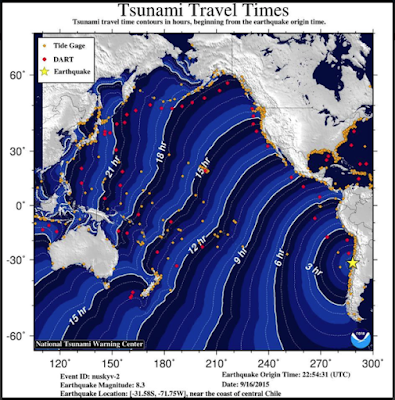