Just No; Hell No! 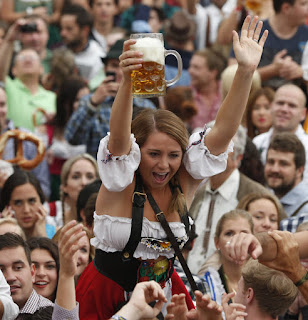 
A Muslim man named Morad Almuradi started a petition to end Oktoberfest in Germany (yes, I’m serious), and I’m fairly certain everyone laughed hard at that one. Was this guy on Last Comic Standing once? I may have heard of him.


Muslims initiated a petition on Change.org urging the City of Munich to end Un-Islamic Oktoberfest.
The annual event includes alcohol and nudity which Muslims believe are un-Islamic.

If you think Oktoberfest is offensive, then I think it’s offensive when a Muslim man and his wife are on the beach, and the man wears a bathing suit and no shirt, while the woman is sweating in 98 degree weather under a black, full length, hijab. You’re soaking up the sun while your wife soaks in her own sweat. Classy. 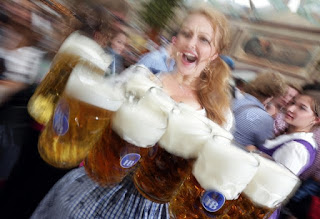 I am writing this letter to bring to your attention something that I and many Muslims believe is unfair and requires attention. I would like to inform you that the Oktoberfest is an Intolerant and Anti-Islamic event. We tried to ignore the event, but there too many Un-Islamic acts done at the Oktoberfest. Such as alcohol consumption, public nudity etc. 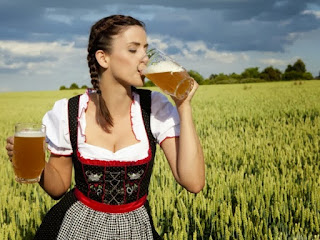 Alcohol consumption is a given, but I didn't think public nudity was a big part of Oktoberfest; certainly a little gratuitous boobage, but not a lot of toplessness or even bottomlessness like you might find at an Occupy America, Burning Man, or Philadelphia Naked Bike Ride event. Let alone the crap they do in San Francisco.


We understand that the Oktoberfest is a yearly German tradition, but we, Muslims, can not tolerate this Un-Islamic event, because it offends us and all Muslims on the earth. We are requesting the immediate cancellation of the upcoming Oktoberfest event. 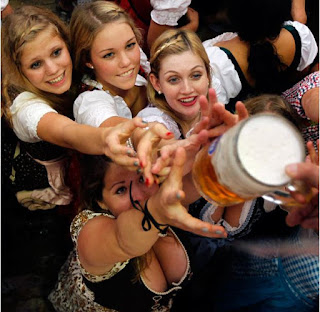 No. Just, hell no. It's the German's country, and they damn well have the right to celebrate the harvest as they see fit. If you want to live in a country without beer, partially covered boobs, and no money, please go back to whatever shit hole you came from.


We also believe that the Oktoberfest might also offend all the Muslim refugees coming from Syria, Iraq, Afghanistan. The cancellation of the Oktoberfest event will help refugees not to forget their Islamic history. Thank you for your attention to this matter.

We can only hope that the thought of seeing a little beer drunk, and some partially clad boobs will slow the Islamification of Europe. And, as for forgetting your Islamic heritage that might actually be a good thing.

Wombat-socho has the big "Rule 5 Sunday: Roll Tide!"  post up at the The Other McCain.
Posted by Fritz at 5:00 AM