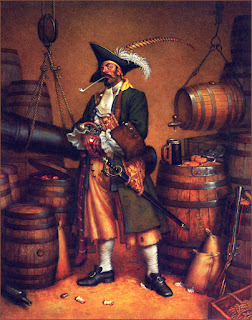 Just in time for "International Talk Like a Pirate Day"  Coincidence? I doubt it:

After 15 years of uncertainty, a shipwreck off the coast of North Carolina has been confirmed as that of the infamous 18th-century pirate Blackbeard, state officials say.

The Queen Anne's Revenge grounded on a sandbar near Beaufort (see map) in 1718, nine years after the town had been established. Blackbeard and his crew abandoned the ship and survived.

Until recently, the North Carolina Department of Cultural Resources emphasized that the wreck, discovered in 1995, was "thought to be" the Queen Anne's Revenge. 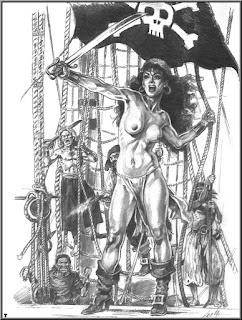 I've been reading wading my way through "The Baroque Cycle", the series of novels in which Blackbeard and Queen Anne play a small role. The author, Neal Stephenson, conceives a political connection between the Queen and Blackbeard which would justify his having named a captured French ship after Queen Anne. A great series.


Now, after a comprehensive review of the evidence, those same officials are sure it's the ship sailed by one of history's fiercest and most colorful pirates.

"There was not one aha moment," said Claire Aubel, public relations coordinator for the North Carolina Maritime Museums. "There was a collection of moments and a deduction based on the evidence." 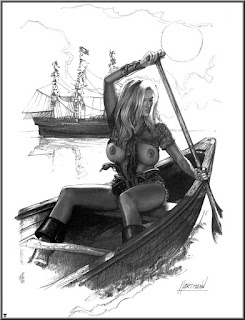 So no drinking cup with Edward Teach's name on it, or a timber with the ship's hull identification number on it.


The disclaimer about the wreck's identity was more an acknowledgement of the strict code of scientific scrutiny than the result of any serious doubts about the ship's identity, said Erik Goldstein, curator of arts and numismatics—the study of coins and tokens—for the Colonial Williamsburg Foundation in Virginia. Archaeologists working on the wreck were always sure of its identity. 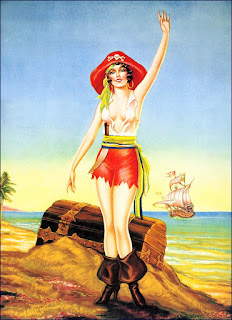 My bullshit meter is twitching . . .

State officials "were just being safe," Goldstein said. "At the beginning phase of an excavation, unless you find something like a ship's bell with the name engraved on it, it takes a little while to put the pieces together and gather documentary evidence. It was good, responsible behavior on the part of those folks."

There were two reasons for dropping the official doubt about the identity of the shipwreck, added David Moore, curator of nautical archaeology at the North Carolina Maritime Museum in Beaufort. 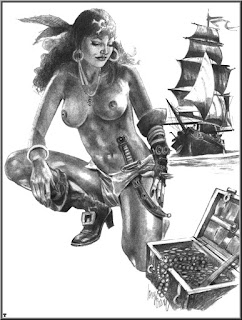 
First, the museum recently opened "Blackbeard's Queen Anne's Revenge," a greatly expanded exhibit of artifacts from the shipwreck. Had the confirmation of the ship's identity not been made, curators would have had to title the exhibition something like "Artifacts From the Purported Queen Anne's Revenge," Moore said.

Also, removing the official caveat could help the museum secure private funding to continue excavating the wreck, Moore said. Although the state legislature provides some funding, he said, tight budgets are cutting into that money.

That's better. It's something Teach would understand; it's all about the treasure.

So go forth and celebrate the fifth annual "Talk Like a Pirate Day".

Wombat-socho has the big "Rule 5 Sunday: Roll Tide!"  post up at the The Other McCain.
Posted by Fritz at 12:46 PM