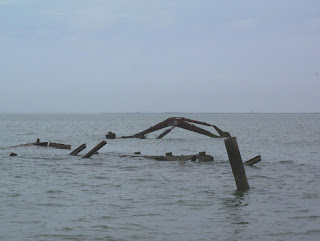 Actually, it was better than that, except for the hot chick. Pete called last night with a last minute opportunity to go commercial hook and lining, since his charter for today washed out due to the threat of muddy water and possible weather. 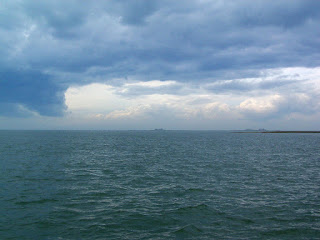 Four of us, Pete, Mike, Dan and I fished down the Eastern Shore Islands from the Honga River Bridge to well south of Holland Island, site of the famous Backhoe in the Bay.  We had a very high tide, and lots of structure in the water, and water up into the grass on the salt marsh islands. 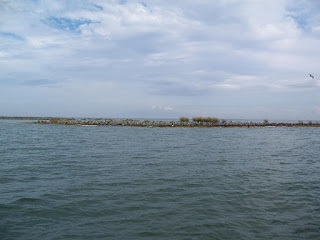 What is that funny stuff on that low lying island

I would not be lying if I said we caught a shitload of fish. The count may be a little off but we think we caught and kept about 150 fish over 18 inches, the commercial size limit for Striped Bass. We caught them at numerous sites, 5-20 at a time. Bigger on average than last week, there were about 2 keepers for every throwback. 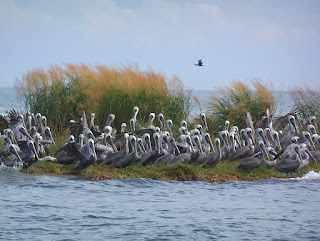 A few Brown Pelicans (and a few Cormorants) . 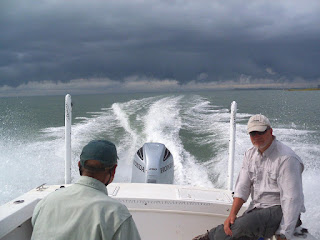 In the afternoon, we we overtaken by a huge low line of black clouds from the north. The was only a few drops of rain, but it signified a shift in the wind from SW to NNE, and a decided cooling and drying trend. 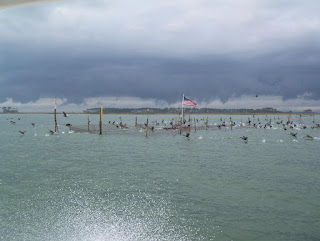 We found a few more bunches of fish at a few more sites, one near this pound net inhabited by many Cormorants 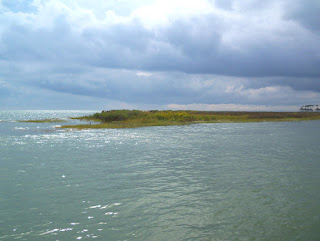 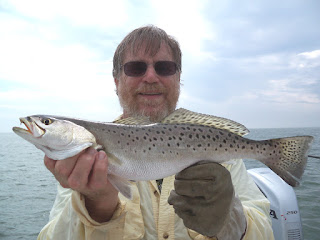 Oh, and somewhere along the way, I lucked into this Speckled Trout, my first of the year.

By the time we were headed back across the Bay, the wind was up to 15-20 N, and waves up to 4 ft in places. Pete was pretty careful on the way back and it was hardly even uncomfortable.
Posted by Fritz at 8:42 PM