According to HuffPo, who I instinctively doubt. However, it's not unlikely, as a lot more people take selfies than encounter hungry sharks in the wild:

Selfie Accidents Have Killed More People Than Sharks This Year


Selfie-related accidents have killed more people worldwide this year than shark attacks have, and they’ve killed at least twice as many if you include only “unprovoked,” confirmed shark attacks.

Conde Nast Traveler reported on Sept. 16 that 11 people had died during selfie accidents, while eight people worldwide were killed in shark attacks. The story picked up steam with the recent death of a tourist who fell down the stairs at the Taj Mahal while trying to snap a selfie, bringing the tally up to 12. Mashable created an infographic to illustrate how much deadlier careless selfies are compared to shark attacks.

Double points if you succeed in combining the two categories: 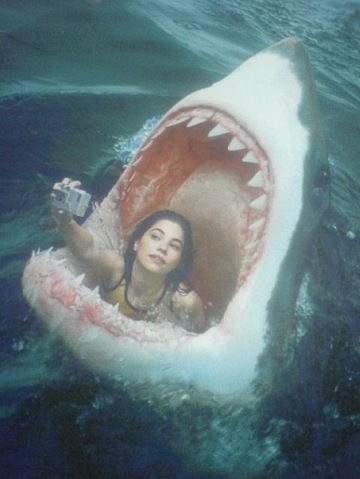 However, it may be that the lowly cucumber may have both selfies and sharks beat, having accounted for 3 deaths in the US alone so far in 2015, and having killed at least 14 people in Germany in 2011. 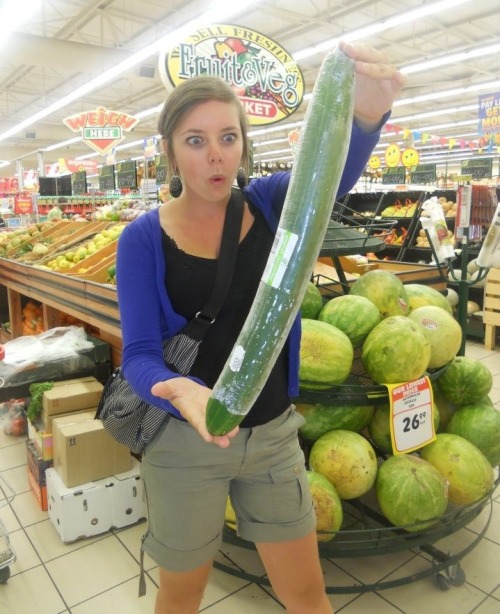 Linked at The Daley Gator in "Your Sunday Top Twenty Irreverent Blog Posts." Wombat-socho has the big "Rule 5 Sunday: Roll Tide!"  post up at the The Other McCain.
Posted by Fritz at 1:00 PM