9:05 Evil shark finning Captain of small vessel overwhelmed by storm.  Completely devoured by sharks as they are swept in the air by a water spout.

9:24.  Shark flies in through bar room window.  Nova (Cassie Scerbo) dispatches it with a harpoon to the head.  Fin sets off (with Nova) to rescue April. 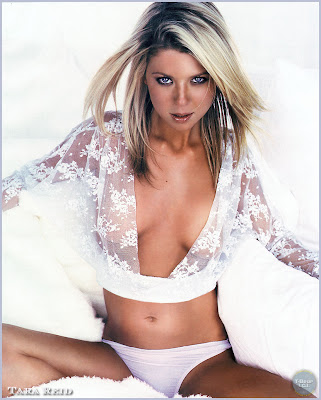 9:43  Shark comes pouring out of culvert in Beverly Hills.  Shark flies out of man hole to be dispatched by Nova's shotgun.  As Joe Biden says "Always keep a loaded shotgun handy in the even that a shark flies up out of a nearby manhole."

9:45  Ah, a commercial break; relief from the strain of wondering who will get et next...


9:53 Back in the SUV, mansion crumbles in the distance as sharky water overwhelms it.Hot chick all together now.

10:00 Back from break.  School bus will requisite children stranded in shark filled flood waters.  Fin rappels down to the bus to take the kids off by rope.

10:06 Shark jumps at Fin, entangles self in rope as Fin is last off the bus.  Break in the storm.

10:11 Commercial break.  Is this the hokiest plot ever or what?

10:14  Shark lands on moving SUV, head punches through.  Nova eventually blows it back out with the shotgun.  Hey, Joe Biden is onto something.

10:22 Giant twister, full of swirling sharks seen to be approaching.

10:23 Yet another commercial break; an advertisement for "Pacific Rim" and Axeron and more.

10:36 A tender moment as we find out why Nova has a thing against sharks. Fighting off the urge to take a nap.

10:43 Nova hands trust shotgun to Fin as she and Fin and April's son set off in helicopter to bomb sharknado.

10:45 First bomb appears to work... But no! A second Sharknado forms!  Sharks rain on airfield, more people killed in gruesome manners.  That's what we came for!

10:55 Fin drives bomb laden SUV into Sharknado whatever number it is, and bails at the last second.

10:56  Fin jumps into mouth of falling Great White like Jonas with a chainsaw, saws himself free to save Claudia, and rescues Nova from the belly of the shark! She looks good in blood.

Linked at Proof Positive's weekly "Best of the Web Linkaround."  Wombat-Socho has the giant, original Rule 5 post up at The Other McCain "Rule 5 Monday" in plain brown wrapper.
Posted by Fritz at 9:22 PM