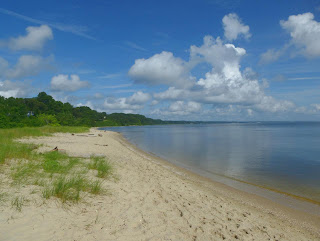 Another summer day in the paradise that is slower Maryland.  It's about 80 here, trying to get to 90, and the humidity is getting up there. The beach was welcoming enough though, and the occasional cloud passing overhead offered a some relief. 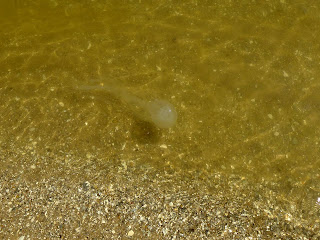 As tempting a wading in the water's edge would be, the chance of Sea Nettles wrapping themselves around your ankles is shockingly high. 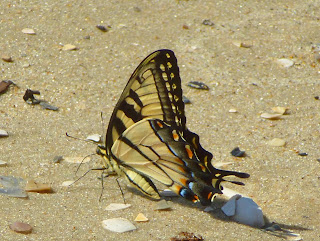 Of course, we have our obligatory beach butterfly, this handsome Eastern Tiger Swallowtail puddling. 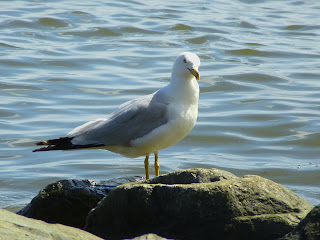 And this Ring Billed Gull thinks we're crazy to be out there.  I think I heard him call me a "crazy a$$ cracker", although I don't know quite how he punctuated that. 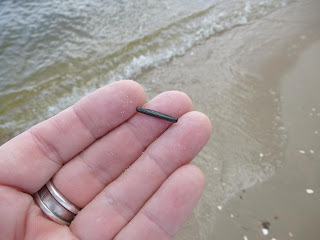 We found a few teeth today; 19 all told, but nothing of great size.  I also found this bit of sting ray barb, which is at least a little rarer. 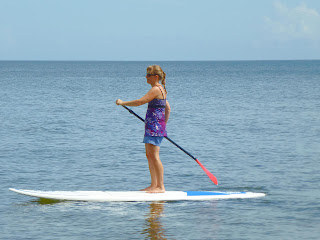 By the time we were on our way home, the beach was coming to life with people. 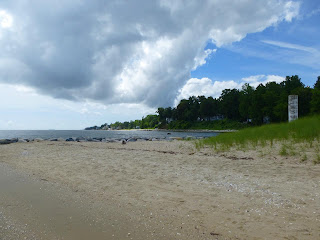 Is that a Sharknado!, or maybe the even more feared Bluefishnado!?  A swirling mass of Sea Nettles with a large school of smelly Menhaden mixed with hungry Bluefish

No, Not really, just a cloud doing a tornado impression.
Posted by Fritz at 2:37 PM