The Beach is For the Birds 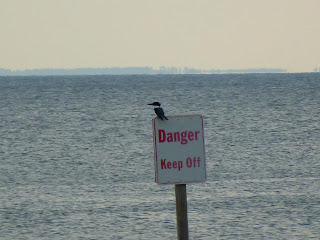 Today was for the birds.  When we arrived at the beach this morning, this Belted Kingfisher was sitting on the jetty sign.  While we see these once in while, they're not terribly common here. 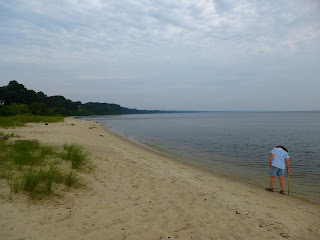 We got the break in the heat today.  It was overcast, and breezy (from the west) this morning, so the perceived temperature was much nicer than yesterday. 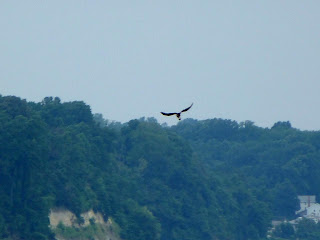 An Osprey carrying off a meal. 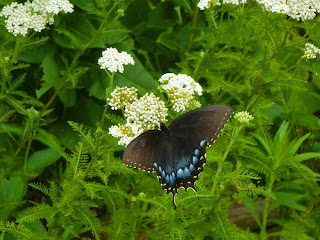 Black morph female Eastern Tiger Swallowtail on some Yarrow growing on the cliff.  The yellow morph males are all over down there now. 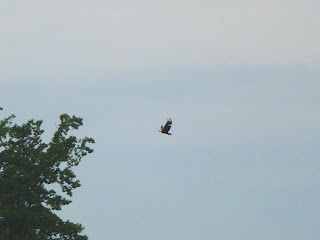 A Bald Eagle seen in the distance. 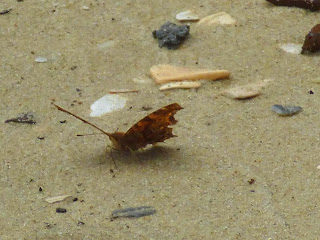 I got a glimpse of something fast and orange flying around, tracked it down, and found this butterfly.  Not the best view, but it was not being very cooperative. 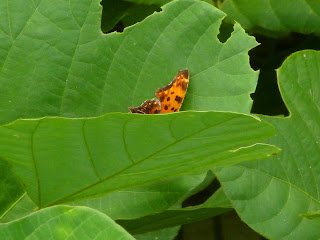 Then it flew into the Kudzu, and this photo is enough to identify it as an Eastern Comma.  I saw a few last year, mostly around rotting fruit.  It's torn looking wing are very distinctive. 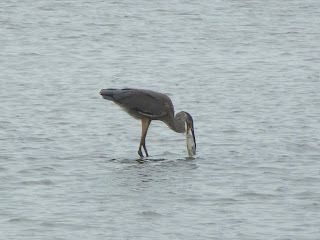 When we got back to parking lot, this Great Blue Heron was over on the south jetty, trying to figure out what to do with a large fish, at least relative to the size of his gullet.  We didn't stay to watch how he made out with it.
Posted by Fritz at 3:07 PM