Teach Cops Not to Kill Dogs

It's Time to Train Officers Not to Kill Dogs

Across the country, both state laws and departmental policies seem to let police officers use deadly force as a first resort against family pets that often present little or no threat. In one infamous 2010 case from Missouri, an officer shot and killed a dog that had been subdued and held on a catch-pole. In another, an officer shot D.C. resident Marietta Robinson’s 13-year-old dog, Wrinkles, after Robinson had confined the dog to her bathroom. 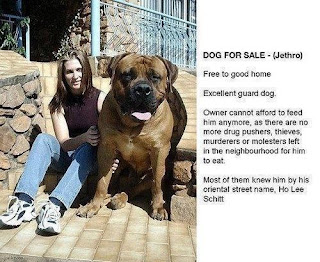 The article is also larded with more specific examples, but for an even longer list of cop on dog killing, with some videos of actual killings, I suggest the blog: Dogs that Cops Killed. 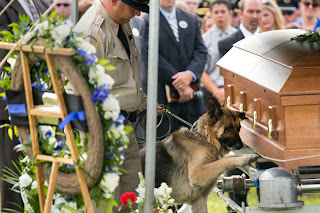 Curiously (really, not surprisingly, of course) is that police feel much different about their dogs, and harming a federal narcotics or police dog, or horse, is a federal felony, with a penalty of up to 10 years in jail.


Under the Federal Law Enforcement Animal Protection Act, which went into effect this week, anyone convicted of purposely assaulting, maiming, or killing federal law enforcement animals such as police dogs and horses could be fined at least $1,000 and spend up to 10 years in prison. Previously, the animals were covered by a variety of state, rather than federal, laws.


My guess is that many police don't have much experience with dogs, and are unprepared to work around them when they encounter them in the field.  Since the police are rarely sanctioned for killing dogs, even when the do it for trivial reason, they find it easier to shoot the dog than to devise other solutions.