New to me, at least.  For now, I'm about 99% sure it's a Variegated Fritillary (Euptoieta claudia), but I'll send the photos to www.butterfliesandmoths.org to be sure. 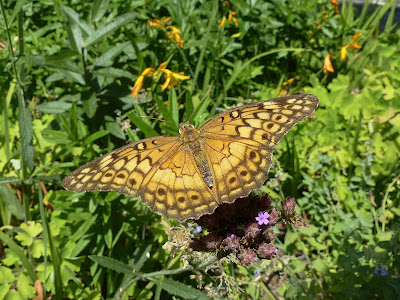 It was hanging out on a Verbena in a little bit of sunny that is up along the driveway to the house.  It tried the Butterfly Bush that the swallowtails have been all over lately, but came back to the Verbena.  It was quite tame, and allowed me to get very close for lots of pictures.  New screensaver material. 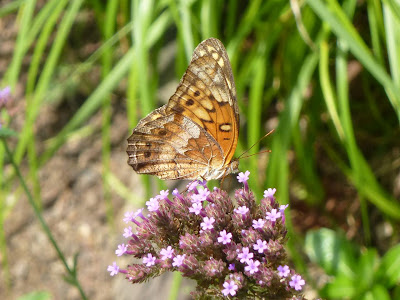 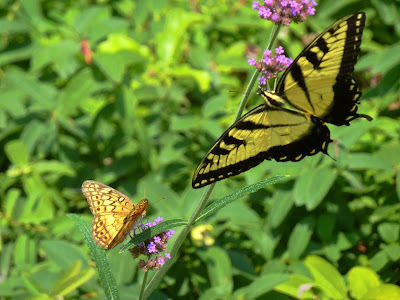 I like the last shot because it puts the size into scale.  The Eastern Tiger Swallowtail is the largest butterfly in the United States (although, being male, that one might be a little below average)...

While I was out, I looked around and found this, which appeared to be the smallest butterfly I have ever seen.  I'm pretty sure it's a Eastern Tailed Blue (Cupido comyntus), which I've seen before, but never one this small. Compare to the grass blades for scale. 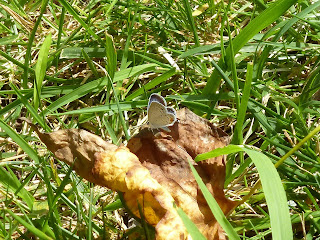