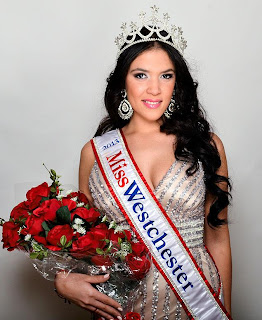 Beauty Queen Claims She Was Humiliated By NYPD, Sues For $210 Million

A beauty queen claimed she was roughed up by the NYPD over a computer glitch that happened twice, and said she wants justice.

As CBS 2’s Amy Dardashtian reported exclusively on Wednesday, Kristy Abreu, 19, won the Miss Westchester USA pageant this year, but she said police also hauled her off to jail after her car came up stolen, and she claimed it was all a big mistake.

She claimed she, along with her mother, were humiliated by the NYPD. 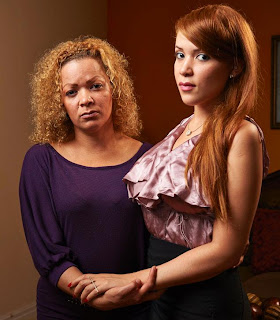 OK, $200 million I understand; that's enough to make even an organization as big as New York City think twice about making the same error casually.  Of course, Mayor Nanny Bloomberg could pay it out of packet change, and still have enough left for a Big Gulp.  But what's the $10 million for, a bonus?

“The best way to describe it, we were literally treated like animals — both of us,” she said.

On May 5, Abreu was headed to an official appearance wearing her sash and crown, when she said her mother, Kendy Paredes, drove straight in a turning lane. But a stop by police for the minor traffic infraction on 145th Street quickly escalated.

“Then they say that my car that I’ve had for two and half years was reported stolen,” Abreu said. “I’m like, ‘That’s impossible.’” 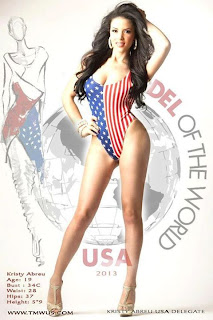 Stolen cars are important enough that it's worth holding someone, especially someone pretty, while you find out what the situation really is.  But having found it's a computer error, it should also be important enough to make an effort to get the error wiped out of the system.

Abreu said she was stopped last year and officers said her car came up stolen because of a “computer glitch.” She tried to explain it was a mistake.

“We showed them valid license, registration, plates,” she said.

But she said no one would listen.

“They threw mom against the car and they handcuffed her,” Abreu said. 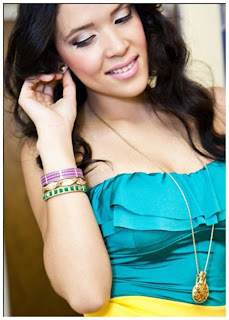 It's only because there wasn't a dog there for them to kill...

The beauty queen claimed further that officers taunted her.

“They thought it was kind of funny; they were like, ‘Oh, where’s the party?’” she said.

They then frisked and handcuffed her, she said.

“A lot of people got to see the crown and sash, and that I was on my way to an event, and it was just like the worst feeling ever,” Abreu said.

Abreu never made it to her scheduled appearance, and said during the arrest, officers confiscated her sash and crown. 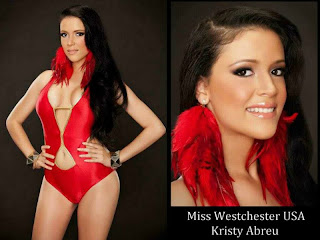 And I'll bet they looked good in them, too.

...The mother and daughter were put in a cell at the 32nd Precinct in Harlem. Abreu translated for her mother, who said she felt helpless.
“My mom was like, ‘Put me in there, but don’t put my daughter in there,’” Abreu said.

Commissioner Ray Kelly said he could not comment.
...
Abreu’s attorney said no charges were filed against her or her mother. The NYPD said it needs time to investigate the matter.

Pretty much an admission that they screwed up, and they're trying to figure out who to blame.  Preferably a private contractor who maintains the data base that they refer to for stolen vehicles, or something similar.

Wombat-Socho has the giant, original Rule 5 post up at The Other McCain "Rule 5 Monday" in plain brown wrapper.
Posted by Fritz at 6:00 AM