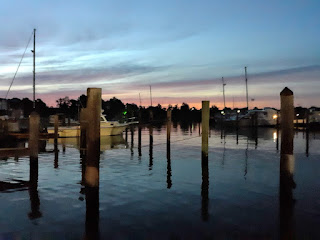 Five of us met Pete for a short notice walk on trip at 5 AM at Solomons. 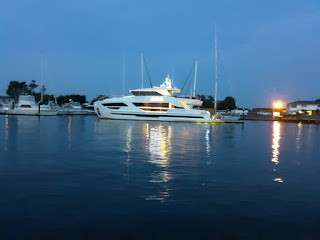 Going out, we passed this yacht all lit up. and Pete commented "That's my other boat." 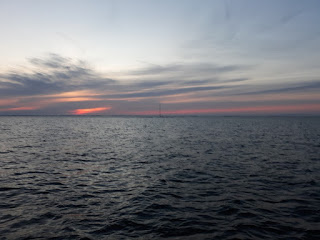 At Cedar Point before sunrise. The post in the picture marks the ruins of the old lighthouse. 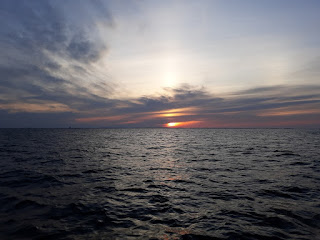 Sunrise over the Eastern Shore. Cedar Point was a major disappointment. Only one striper was caught, and was not of legal size. 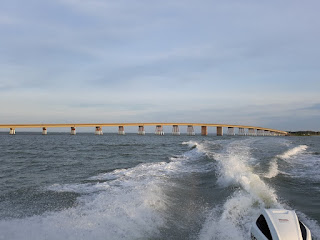 Putting to lower "Bridge to Nowhere" behind us, as we ducked behind Hoopers Island to avoid the muddy water stirred up by a south west wind. 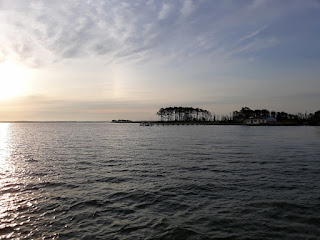 A sundog over the Honga "River", really an extension of Tangier Sound up behind Hoopers Island. 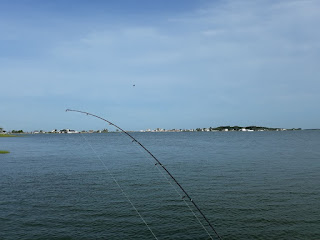 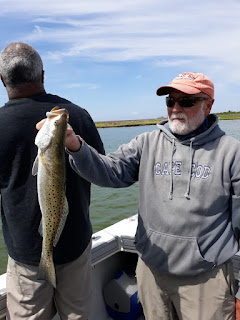 Fishing was slow to get going. We hit a lot of points, and caught small stripers at most of them, but never really found a mother load. However, at one spot, lightning struck, and two Speckled Trout came up within a few minutes of each other. I was busy wrestling a small striper. 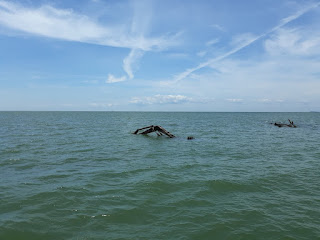 A familiar spot. The backhoe much deeper now, and much further from shore, which has eroded back. 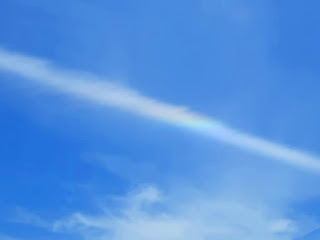 A patch of iridescence in the clouds. It was much more striking in person. I may have stepped on the saturation in an effort to show it the way I experienced it. 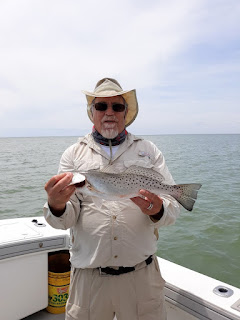 At another spot I was pleasantly surprised to catch this 21 inch  Speckled Trout.  A couple stops later in Magic Cove (Pete's name, not official), I hooked another, as did on of the other anglers.
Finally, at the final stop, Mike's Rocks (my name), I hooked a 25 inch striper, the biggest fish of the day. I'm waiting for Pete to text me his photo of us.
Overall, we managed 6 Speckled Trout, and 3 keeper stripers. 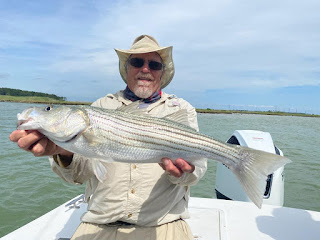