It was discovered that Alec Baldwin’s wife, who pretended to be a Spaniard named “Hilaria,” is in fact a New England WASP of colonial stock who was known as Hillary Hayward-Thomas to her private-school classmates at the Cambridge School of Weston, growing up in a five-bedroom home in the prestigious Beacon Hill neighborhood of Boston.

The most interesting aspect of this fraud is how Alec Baldwin himself has acted as an accomplice in his fake-Spanish wife’s hoax. Ace of Spades pointed out that there are video clips of Baldwin making media appearances in which he mocked his wife’s “Spanish” accent . . . 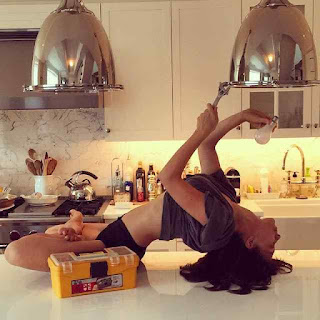 Obvious question: How could Baldwin not know the truth?

Obvious answer: It’s impossible. We must assume that Baldwin has met his wife’s parents, Dr. Kathryn Hayward and attorney David Thomas Jr. Since her parents are entirely American — they retired to the Mediterranean resort of Mallorca, but living on a Spanish island doesn’t make you a Spaniard — Baldwin must know his wife’s accent is phony.

Just FYI: My oldest daughter’s husband is Argentine, and she spent a full year in a Spanish-language immersion program in Argentina. She is fluent in Spanish, and they use both languages in their home, but my daughter doesn’t speak English with an accent. Do you see the point? 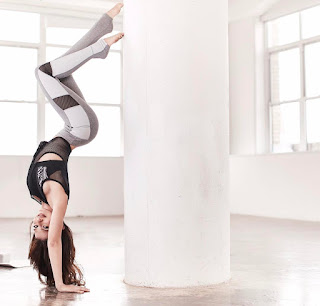 No matter how fluent in Spanish one might become, a native speaker of English doesn’t lose the ability to speak English, yet “Hilaria” Baldwin pretends she doesn’t know the English word for “cucumber.”

So what’s this about? We know that “Hilaria” owned a chain of yoga studios in New York. Is it possible that there is some sort of government program in New York that grants favorable treatment to minority-owned businesses, and that she was taking advantage of that? Because otherwise I cannot think of any other reason why this Yankee WASP would pretend to be Hispanic, except perhaps that she might be mentally ill.

A phony in Hollywood? Scandalum magnatum! Besides, she's clearly a better actor than Alec.