Dixon is the first to hold the record for flathead catfish, a new species added to the record books as part of the invasive species division. The other two species in the division are Northern snakehead and blue catfish. 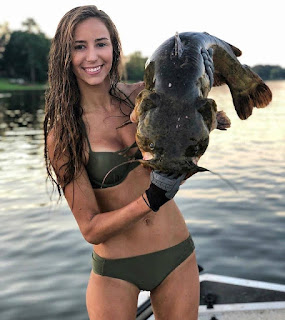 Native to the Mississippi River basin, Flathead cats are the second biggest species of catfish in the United States, after the also invasive Blue Catfish. Down south, certain hard core fishermen (and young women) dive and catch them by sticking their gloved hands into their mouths and jerking them out of the water, a sport called catfish noodling.

Maryland Department of Natural Resources Recreational Fisheries Outreach Coordinator Erik Zlokovitz tells Bay Bulletin they created the division “to encourage anglers to target and ‘thin out’ these invasive species since they are highly aggressive and feed on native fish.”

The flathead catfish, Zlokovitz says, is a ‘niche’ species, often concentrated below large dams (such as the Conowingo), where it could have a significant impact on native fish such as yellow perch. 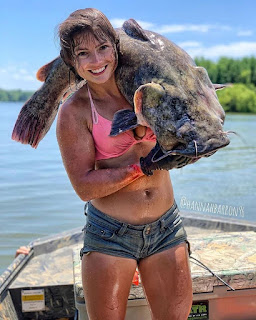 I'd have been much more impressed with this record if he had noodled it here in late December.

And thanks to Dixon, there is one less hefty flathead threatening the Susquehanna. The 34-year-old angler made his catch from shore using Zoom plastic swimbait, and said it took nearly 30 minutes to pull in the flathead. The medium-weight spinning tackle he used added to the power struggle between man and fish.

“It was really weird because I thought I snagged a tree,” Dixon said. “It didn’t feel like a fish but after a while, it was going crazy.”

Once he reeled it in, the flathead catfish’s weight was officially certified by Jack Manning of Keen Compressed Gas in Elkton. A Maryland Department of Natural Resources biologist confirmed the catch.

Dixon gave his record-breaking fish to friends who harvested its protein-rich filets.

Given that this fish was probably caught a few days after Maryland decided to keep records on these fish, I expect these records to fall regularly for a while.