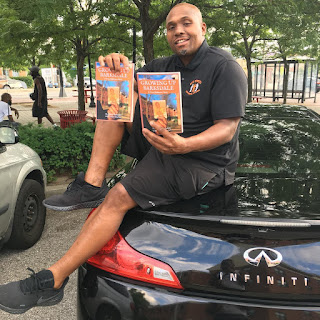 
There was some terrible news out of Baltimore this weekend involving a community leader who was one of the driving forces behind a program called Safe Streets. Safe Streets is a group that constantly seeks to engage gang members from the civilian side of things, mediate disputes and deescalate tensions in an effort to reduce gang violence and murders. While the murder rate in Charm City remains unacceptably high (to put it mildly), it probably would have been a lot higher were it not for the work of Dante Barksdale. He was considered one of the stars of the program and he worked with the gangs on a daily basis to improve life in the city. But on Sunday, the work he dedicated himself to apparently cost him his own life. Barksdale was found shot in the head near a public housing complex on Baltimore’s south side. (Baltimore Sun)

I don't know if it's coincidence or not, but the black crime family featured in "The Wire" was named the Barksdales. My guess is not.

Dante Barksdale, the well-known face of Baltimore’s violence-prevention and crime-fighting program Safe Streets who helped lead the crime-fighting initiative for more than a decade, was shot to death Sunday, city officials confirmed.

Barksdale, fondly known as “Tater,” was shot in the head, said Stefanie Mavronis, a spokeswoman for Baltimore Mayor Brandon Scott.

Southeast District officers found Barksdale suffering from the head wound near the 200 block of Douglass Court, the site of the Douglass Homes public housing complex, shortly after 11:17 a.m. He was transported to Johns Hopkins Hospital where he was pronounced dead. Police initially reported an incorrect location of the incident.

Barksdale was in a unique position to do the work he was attempting. He had grown up on the “wrong side of town” and fallen in with the gangs himself. He wound up serving time in prison, where he really turned his life around. Upon his release, he went back to his old haunts, not to join the gangs, but to work to minimize the damage. An execution-style killing was apparently the thanks he finally received for his efforts . . .

And people wonder why Baltimore never gets any better.