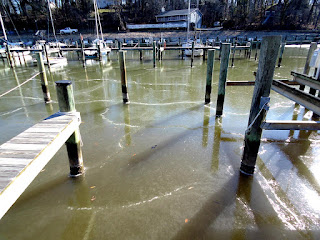 Last night was the  coldest night of the winter here so far, 24 F, and when Skye and I reached the harbor, there was moderately thick skim ice in the back, where it's fresher, and less well wind mixed. 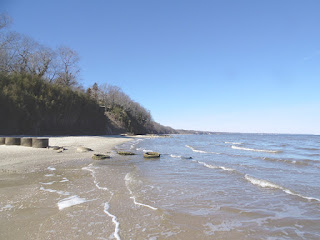 Not enough to freeze much of anything on the bay, although there was an icy edge now and then 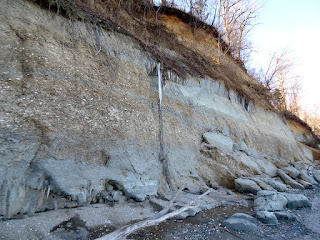 And some big icicles hanging off the cliffs. 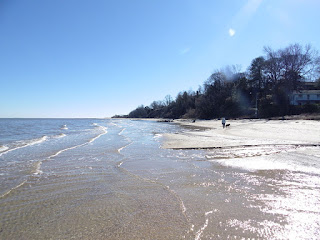 For the last two days it had been overcast and windy, with gusts to 30 or more mph, enough the we avoided the beach and walked the street. Today the wind was down to a mere 10 or so NW, which was pretty tolerable. Fossil hunting was bed despite a low tide, 4 teeth, of which Georgia found 3. 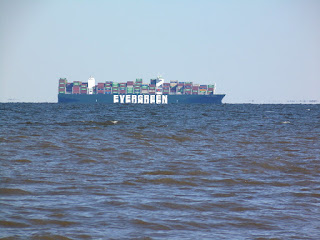 A big freighter from the Evergreen line, with the logo warped by the mirage. 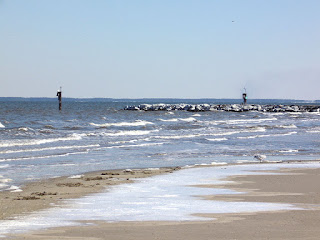 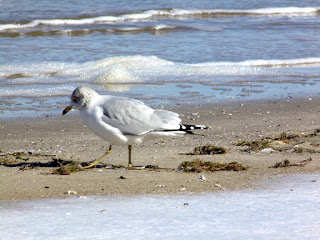 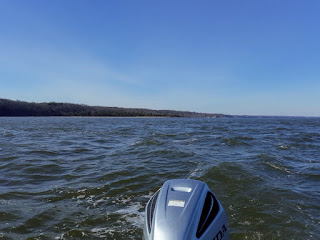 As we were leaving the beach, Pete drove up and asked if I'd like to go with him a little later to check out the fishing at the power plant.
We met as his boat about 1 PM, had to break some ice with his boat to clear the harbor, and headed off. 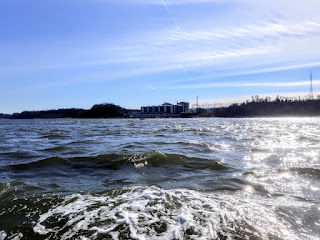 Not a fish to be found. Well, Pete thought he snagged one for a few seconds, but we never got to see it, so it doesn't count.
Not enough action to book trips on.
Posted by Fritz at 4:57 PM