On the Twelfth Day of Christmas Election 2020 Gave to Me

Just a reminder from PM before we get too deep, FLASHBACK: Democrats object to counting Electoral College votes in 2000 and 2004 as the Daily Signal reports 11 Republican Senators Will Object to Electoral College Certification. John Solomon at JTN, McCarthy supports electoral challenge in House while deputy Cheney opposes it, and AllahPundit at Hot Air whines Pence: I Share Your Concerns About Voter Fraud And Look Forward To Hearing Objections On January 6 and snivels, Loeffler Will Object To Election Results On January 6 As Trump Plans To Speak At MAGA Protest In D.C.. Also at Hot Air, Capt. Ed reports Tom Cotton: Republicans Are Setting A Bad Precedent With Electoral College Challenge, Says …; Update: Congress Has No Authority To Judge Electors, Declares Mike Lee, Breitbart, Tom Cotton Stands up Against Electoral College Challengers: Would ‘Establish Unwise Precedents’, Althouse "If Congress purported to overturn the results of the Electoral College, it would not only exceed [its] power, but also establish unwise precedents." Sorry, that precedent has already been set by the democrats, thrice. Breitbart, Donald Trump Challenges Tom Cotton: How Can You Certify ‘Wrong’ Election 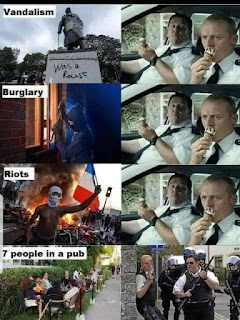 Sundance at CTH, Mo Brooks: Still Only One Republican Senator, Josh Hawley, Formally Supporting Electoral Challenge – Warns Ted Cruz is Pulling A Political Stunt. AllahPundit, Ted Cruz: Look, Everyone Needs To Calm Down About My Coup Caucus. And speaking of  Hawley Says ‘Antifa Scumbags’ Showed Up To His Front Door And Threatened His Wife, New Born Daughter. DC just proudly arrested on of the leaders of the "Proud Boys" for burning a BLM banner; do imagine they will go after this property crime with equal vigor?

WSJ assures us All Pence Can Do Is Count "The Constitution is clear. Neither the vice president nor Congress has the power to reject electoral votes." Politics is the art of what you can get away with. Can Pence get away with hearing objections? I don't see why not. AllahPundit whines Why Did 10 Former Defense Secretaries Sign An Op-Ed Warning Against Military Interference In The Election? Good question, since I know of no interference by the military in the election. Poor Tom Nichols has a meltdown in the Atlantic, Worse Than Treason "No amount of rationalizing can change the fact that the majority of the Republican Party is advocating for the overthrow of an American election." No, they're just using the processes that exist to challenge election fraud.

Via Hot Air, WaPoo whines Trump Sabotaging GOP On His Way Out Of Office With Push To Overturn Election. If it were really true, the WaPoo would be happy.

Paul Bedard at WaEx, Liberal Media Scream: Smug Chuck Todd to senator, ‘I’ve had enough of hearing this!’  Ace, Chuck Todd Melts Down When Ron Johnson Tells Him the Media are Simply a Democrat Front Group

Chuck Todd's very next guest was Stacy Abrams -- who, according to her claims (and the assent of the media) is actually the duly-elected Governor of Georgia.

But he didn't ask her about her own claims of voter fraud.

He just asked her why she didn't run for Senator, given that she's clearly such a stellar candidate.

Tom Maguire at JOM has President Trump On Line One...

Oh, yeah, Trump got on the horn with the GA Secretary of State to discuss revisions to the already certified GA vote totals. 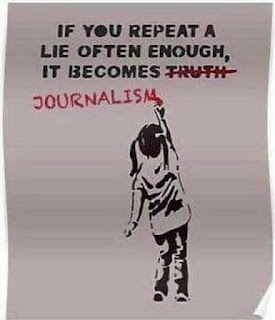 Capt. Ed,  House Dems To FBI: Investigate Trump For Solicitation Of Election Fraud In Raffensperger Call. Quelle surprise. But at JTN, John Solomon reports Liberal lawyer Dershowitz says no Trump crime in Georgia call, just bad media reporting "I've been teaching criminal law for over 50 years. I went through every word of that transcript, there is no crime there, period," famed law professor says. Insty, OLD AND BUSTED: Turtles all the way down.

But how does it compare to all of the other Trump moments that Bernstein said was “worse than Watergate?” 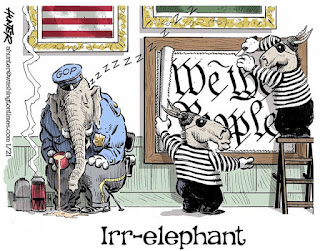 Patrick Byrne (former head of Overstock) explains Folks, I’m going to tell you a bit more about what is happening. Not everything. But I can’t Live with myself if I keep waiting for the forces of law and order and government to do what they should.

Imagine, for example, that a brand like Tiffany has a factory in Florence make it some bracelets. 1,000 bracelets. But they stay open Over the weekend, and make another 200. Then they sell those 200 “out the back door of the factory” to an unsuspecting buyer.

The buyer contest them forensically, and they would still come out as “Tiffany” bracelets. Except they are not, and illegal science. They were “diverted” out of the legitimate supply chain of Tiffany. Now imagine that the same thing happened with ballots. How do I mean?

How is how that industry works. Every county at a minimum needs their own ballot designed. There are positions that are specific to the county, propositions and bills and bonds and such as well. So there is an ecosystem of firms who do that design & print work for the counties.

Imagine that besides Those ballots, that print shop prints 2000 extra ballots. And shipped them to a “boiler room“ somewhere, where a small army of highly committed people Filled them out taking time just to give the vote for president to Biden.

Then those votes are put in trays and put on the truck and shipped across state lines into Pennsylvania, to the county in question, and injected into the Postal Service there. It would be ballot-stuffing on an industrial scale.

Now imagine that in that boiler room some people acted so as to reserve copies of those ballots and which they had worked. When one tested them forensically, what would one find?  Like the Tiffany bracelet example, forensically they would test to be authentic. Right?

Raising this question: what are “authentic” ballots for one county in Pennsylvania doing In such a boiler room one state away and two states away from their original printing?

Charles Lipsom at Am Spec writes Why Trump must attend Biden’s inauguration. Biden's going to have a public inauguration?

On the Georgia runoffs, Insty reports POLITICO REPORTS BIDEN, DEMS EXPECT GEORGIA LOSS TODAY: If Politico is reporting it on election day, the Dems must know something. But Mark Levin is gloomy, (Katie Pavlich at Town Hall) Mark Levin Warns: We're Looking Into the Abyss

"Our Declaration of Independence and Constitution are being destroyed by the Democrat Party and the media and they want to destroy what's left of this. We know this because Democrats have announced their intentions.

We shall soon learn if Democrats can steal another election (or two) in Georgia. They have poured hundreds of millions of dollars into the Senate runoff campaign to elect Jon Osoff and Raphael Warnock. My native state has been barraged by wall-to-wall campaign ads and everybody down home has been bombarded by get-out-the-vote messages, so it is impossible for anyone in Georgia not to realize how high the stakes are. A few headlines via Instapundit:

The Media Is Lying About Trump’s Call
with Georgia Secretary of State
— Matt Margolis, PJ Media

The liberal media, of course, are ignoring any news that may reflect negatively on the Democrats, while hyping up a lot of nonsense about Trump’s phone call to the Georgia Secretary of State, but the news probably won’t have much impact on the Senate elections simply because of that multimillion-dollar advertising blitz in the state.

Modern election campaigns are ordeals to be endured, a punishment inflicted on the citizenry, and I pity the Georgians who can’t turn on their TVs without being reminded of this ugly political mess.