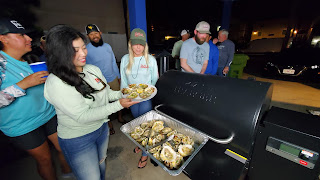 
Maryland will soon be home to one of the largest commercial oyster hatcheries on the east coast of the U.S., with the opening of Ferry Cove Shellfish in Spring 2021.

In addition, it will be working to develop and implement new, innovative grow out techniques to optimise the production of shellfish and address coastal resiliency issues.

The facility will feature equipment for algal production, water filtration and seawater heating, allowing the hatchery to extend its larvae production beyond the current April to September season.

It will also include back up systems to ensure operations during tropical storms, low salinity and poor water quality events. 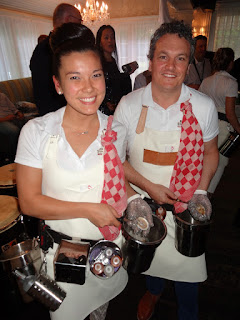 Then, in Virginia, the government prepares to pour more money down the hole in the bottom of the Bay: Virginia to Commit $10 Million for Oyster Ground Restoration

Governor Ralph Northam visited the Elizabeth River Project’s Learning Barge last week where he celebrated the restoration of the Eastern Branch of the Elizabeth River and announced $10 million in new funding to support future oyster restoration in the Chesapeake Bay. This spending commitment marks the first time that capital funds, which are typically reserved for infrastructure projects, have been explicitly used to restore Virginia’s natural resources.

“Virginia has made tremendous progress in improving water quality in the Chesapeake Bay, reviving oyster habitats, and building a legacy of environmental stewardship,” said Governor Northam. “This investment is a recognition that our natural assets are just as important as roads and buildings. The new funding stream that I proposed and the General Assembly adopted in our state budget will ensure that we can meet our restoration goals and achieve a clean and healthy Bay for the benefit of our communities, our economy, and our ecosystems.”
. . .
The effort to restore native oyster populations in the Chesapeake Bay is one of the largest and most aggressive in the world. With the signing of the Chesapeake Bay Watershed Agreement, Virginia and its partners committed to restoring native oyster populations in 10 tributaries by 2025. Since then, Virginia has restored 240.5 acres of native oyster habitat building on earlier restoration of 473 acres. This restoration work has vastly improved water quality and generated billions of baby oysters in the Bay.

240.5 acres! Wow!. The Chesapeake Bay has a surface area of 2.8 million acres. The amount of bottom restored isn't even a rounding error.
I know who I would rather have paying for oyster restoration.
Posted by Fritz at 5:35 PM