As of yesterday we were reminded by Trump Campaign: Sidney Powell “is not a member of the Trump Legal Team” (Herr Professor Jacobsen at Legal Insurrection). Capt. Ed at Hot Air, Powell: I’ll Release The “Kraken On Steroids” Soon Even After Getting Cut Loose By Team Trump.  Bonchie at Red State has Sidney Powell Responding  to Trump Campaign's Distancing

This per The Daily Wire.


I understand today’s press release. I will continue to represent #WeThePeople who had their votes for Trump and other Republicans stolen by massive fraud through Dominion and Smartmatic, and we will be filing suit soon. The chips will fall where they may, and we will defend the foundations of this great Republic. #KrakenOnSteroids

Here’s the problem. You can’t represent “WeThePeople” and succeed here. Lin Wood, a fairly well respected conservative lawyer made famous via Nick Sandmann’s defamation litigation, has tried this already and was found to not have standing. No judge is going to let Sidney Powell make it to court because the rules on this stuff are long-standing and can only be changed on appeal. I’ll let you calculate the odds of that happening.

In other words, a lawyer needs a client. In this case, that client needs to be the candidate who was wronged, i.e. Donald Trump. If the Trump campaign is saying they have no association, that’s basically it.

I don't think that's true. We who voted for DJT have an interest in the outcome of the election, and she can represent that. Jerry Dunleavy at WaEx, Trump legal team shuns Sidney Powell as insiders and national security officials see no evidence supporting her voting machine claims   AllahPundit crows, Why Did Team Trump Dump Sidney Powell? and  Rush Limbaugh On Sidney Powell: If You’re Going To Promise A Blockbuster, You Have To Deliver. Pedro Gonzalez at Am Great, Truth and Fraud in the 2020 Election, Sidney Powell is running out of time to prove her claims. From Dan Chaitin at WaEx, Rudy Giuliani explains why Trump legal team split with Sidney Powell

"I think it's because we're pursuing two different theories," Giuliani said. He said the Trump legal team is focused on "misconduct of the election" by state officials, which he argued deprived the constitutional rights of the president, and predicted that several prongs of their endeavor, including the legal fight in Pennsylvania, will make their way to the Supreme Court. 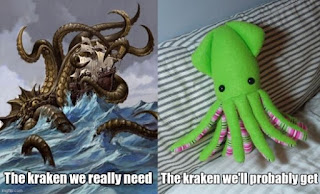 Stephan Kruiser at PJ Media, The Morning Briefing: Unfortunately, No Kraken Will Be Served for Thanksgiving. But I do wonder how Kraken tastes. Squid is good!


Say I’m jaded, but I’m beginning to feel that Thanksgiving is going to be decidedly Kraken-free.

It’s obvious that President Trump and his inner circle want this thing to get to the Supreme Court. I won’t pretend for a moment that I can see that path getting any clearer, but as I’ve been writing since last week, I am rather enjoying this grand political theater, especially since it’s bothering the Democrats so much. They’re miserable on their best days, and the refusal of the hardcore Trump supporters to acknowledge the Masked Groper as Dear Leader has really got them agitated. One of my lefty comedian friends tweeted Monday night that she would be nervous until January 20th.

Really would have liked to have seen that Kraken though.

The Morning Rant at Ace's, by Oregonmuse.

So right now, it looks like it's all starting to unravel. Even though no thinking person can believe that tens of thousands of votes for Biden can mysteriously show up at 3AM in several swing states and flip them from red to blue and not be massive fraud. It's absolutely maddening to watch this play out in real time.

So, in other words, I'm thinking that it is very likely that the Democrats will have successfully stolen this election. However they did it, Trump's lawyers will not be able to prove it in court. Even though the election is absurd on its face. I mean, seriously, 80 million votes for Biden?? C'mon man, even Joe probably doesn't believe that's a real number.

And I have no idea what's going to happen next. All I know is that I'm not going to like it.

The Right Scoop, WATCH: Alan Dershowitz suggests it’s possible Powell and Giuliani can win, but the bar is high… 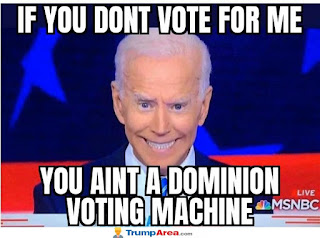 Still, back from when they cared about voter fraud, 2006 CNN Segment Warned Over ‘Venezuelan Controlled’ Smartmatic

Two days after the election, the mail-in-ballots we never requested, as reported in my article "Stealing Pennsylvania," arrived — without postmarks! They arrived too late for us to withdraw the provisional ballots we were forced to cast.

After another few days, my provisional ballot appeared to have been accepted, but my husband's was not. Nor was the ballot of my very Republican second cousin, also forced to vote provisionally in a different township but same Democrat-controlled county, due to a mail-in ballot request that she also had never submitted. Infuriatingly, the Democrats filed to contest over 4,000 votes in our county — my husband's and cousin's among them. What are the odds that people, who have voted in the same location for over 20 years, would suddenly be suspect?

Post-election, we also learned that other Republican voters, targets of the same mail-in-ballot request scheme, were actually turned away at their poll location, refused the opportunity to vote. The Democrats stole those votes. 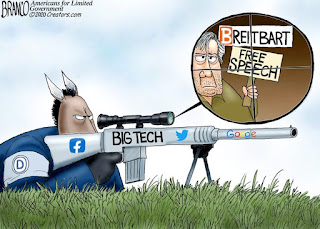 Orange County GOP chair Fred Whitaker explained that in 2018, Republicans in the state had tried to utilize the law in their “own ballot harvesting experiment,” but it “failed miserably.”

But this time around, Orange County Republicans upped the ante, placing collection boxes in megachurches such as Calvary Chapel in Chino Hills and Influence Church in Anaheim, as well as targeting Vietnamese voters in Westminster and Fountain Valley.

And while California Republicans say that would rather do away with the practice all together — a position shared by California election-law expert Dr. Rick Hasen — they see it as a necessary evil, especially when locked in a high-turnout battle during COVID-19.