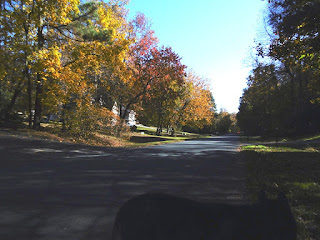 Our fall colors here have just about peaked. Not a brilliant as some places, mostly gold and orange shades, with occasional red. 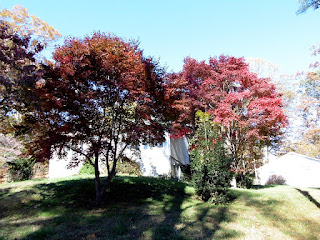 Having Japanese Maples is cheating. 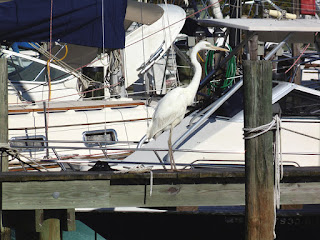 Skye and I were surprised to run into Whitey as we came down the steps at the marina. He retreated to the T-pier. You'd think he'd be pretty blase about us now, and in fact, he'll let me closer if I don't have Skye on the leash with me. 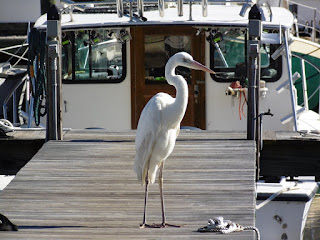 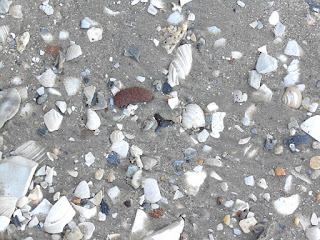 Down on the beach, I was pretty proud when I spotted this fairly ordinary Carcharhinus tooth sitting in the sand. 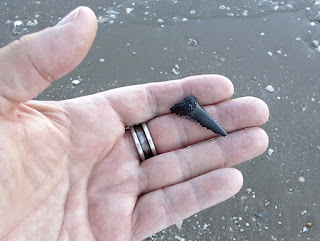 But then, about 2 minutes later, Georgia found this pretty decent Mako. 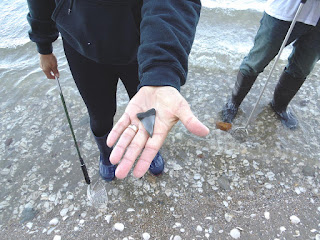 But even that didn't hold a candle to this magnificent Mako/Hastalis that someone else found near the water line in a spot I had walked through minutes before. That tooth was fresh and sharp. It would certainly beat our best Mako for the year. 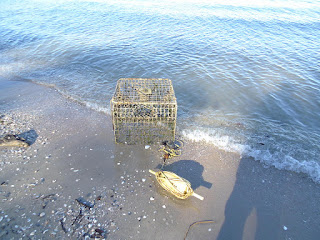 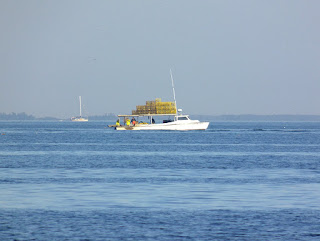 I suspect it was lost from this boat, given the yellow paint, but they're about through for the year. How the hell it ended up on the beach is an interesting question, but a few do. 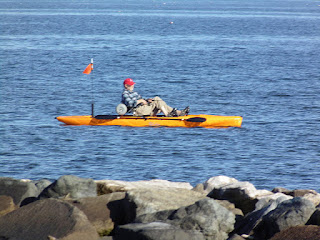 But not enough to spoil kayaking