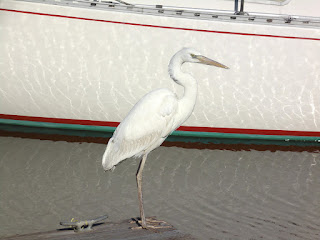 Even though the weather station said last night's low temperature was 34 F, there was an ice skim on the birds watering bowl when we got up this morning. It was still cool and blustery when Skye and I headed to the beach around noon. Guess who we found sitting on the kayak dock at the harbor? 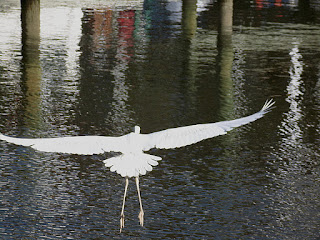 He wasn't so happy when we tried to walk past, and took off for the shallow water behind the lift slip. 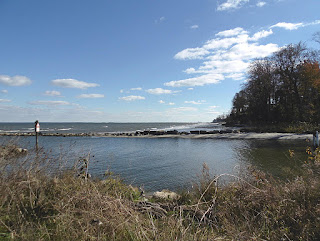 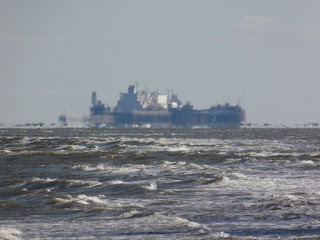 The camera decided to focus on the sea instead of the gas dock, with a ships tied up. I kind of like the effect. 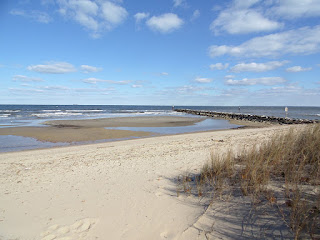 As often, a day of strong winds with a lot of north in it produced a blow out low tide. 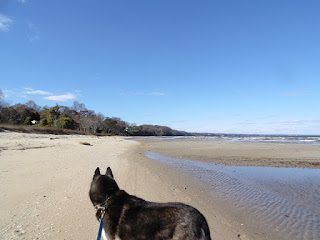 Despite that, or maybe even because of it, it was not a banner day for fossils; 12 teeth, small to medium, one ray chevron and on crab claw between Georgia and I.
Posted by Fritz at 3:46 PM