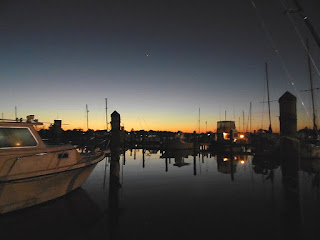 It was 6 AM when I met Pete at the dock in Solomons. The horizon was starting to lighten as when the rest of the party arrived. I was added to the trip when someone else was forced to drop out at the last minute. 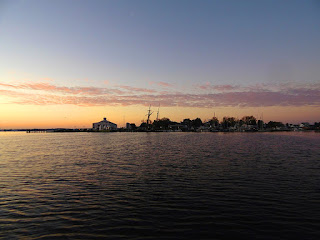 The Solomons Island water front on the way out. 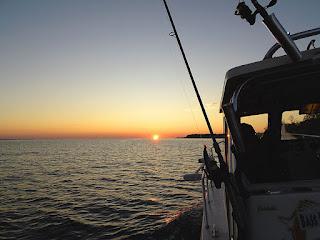 Sunrise as we approached Cedar Point. 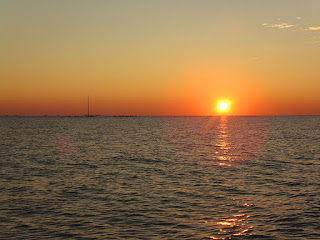 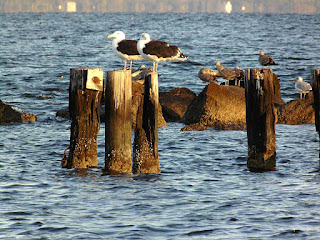 Great Black Backed Gulls sitting on some pilings in the ruins of the Cedar Point Lighthouse. The largest gull in the world, if these birds are working on fish, there a likely big bait and big fish under them. 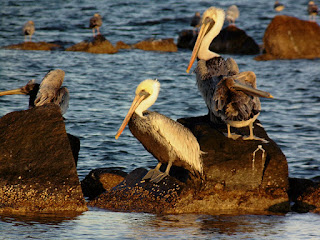 And some Brown Pelicans. The ones with the white heads are adults, and the ones with brown heads are juveniles. Not a reliable indicator of big game fish. 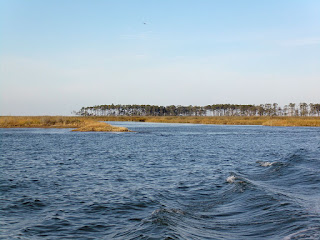 A tidal creek on Hooper's Island, one of many places we stopped to fish over on the Eastern Shore. 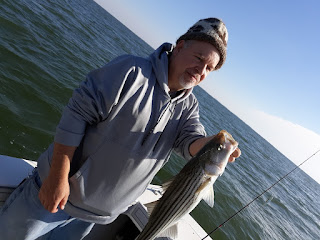 Having caught four of our six fish limit at Cedar Point, we fairly rapidly finished our limit in the skinny water on the Eastern Shore, hopping from point to point and island to island. We could have easily filled 3 limits, and some of the throwbacks were bigger than the fish we kept. 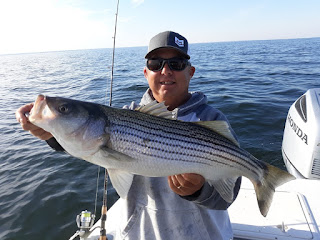 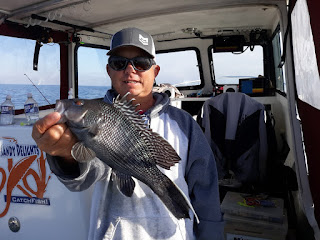 On the way back we stopped along the way to jig up some Black Sea Bass.