Matt Lauer a Pain in the Ass at NBC

From Capt. Ed at Hot Air: New Farrow Book: Lauer Raped A Colleague — And NBC News Did Nothing


Looks like the Matt Lauer Comeback Story will be delayed — indefinitely. Ronan Farrow’s new book about his groundbreaking investigative work on Harvey Weinstein, Catch and Kill, includes a shocking new twist on Lauer’s abrupt firing from NBC News and the Today show. Farrow reveals that the Weinstein story forced NBC to deal with an allegation of rape from a Lauer colleague that the network had known about for some time. “This was no secret,” Farrow writes about the charge made by Brooke Nevils about what took place during the network’s coverage of the Sochi Olympics in 2014:


In Sochi, Nevils was tasked with working with former “Today” co-anchor Meredith Vieira, who’d been brought back to the show to do Olympics coverage. In her account, one night over drinks with Vieira at the hotel bar where the NBC News team was staying, they ran into Lauer, who joined them. At the end of the night, Nevils, who’d had six shots of vodka, ended up going to Lauer’s hotel room twice — once to retrieve her press credential, which Lauer had taken as a joke, and the second time because he invited her back. Nevils, Farrow writes, “had no reason to suspect Lauer would be anything but friendly based on prior experience.” 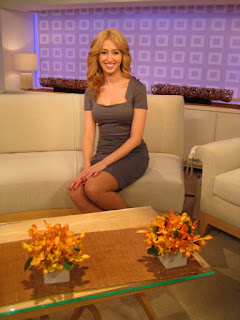 She apparently wasn't really too drunk to consent. She didn't consent. He just didn't listen to her. I wonder if Whoopie considers this rape-rape?


The story gets complicated after this, however, as Nevils continued to have sexual encounters with Lauer after Sochi. Farrow notes, in fact, that Nevils initiated those contacts at times. Nevils told Farrow that she did it to protect her career, calling the encounters “transactional” . . .

She must be good at her job, because she ain't that good looking.

These are the people who presume to tell us how to live our lives.

The Wombat has Rule 5 Sunday: Revolution Calling up and awaiting your digital pleasure.
Posted by Fritz at 9:21 AM