Decorum in Congress? Katie Hill, Hold My Beer and Bong and Watch This! 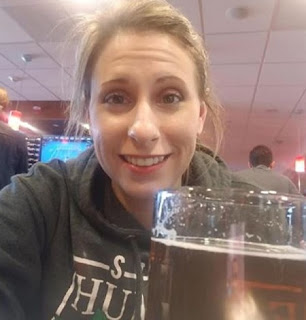 
Besides her admitted three-way “throuple” relationship with a female campaign staffer and her ex-husband, and the alleged affair with one of her male congressional staffers, now there are text messages indicating that Rep. Katie Hill (D-Calif.) may be suffering from bipolar disorder and exhibits symptoms of a chronic drinking problem:


In the four-part Vice documentary, “She’s Running,” which chronicled Rep. Katie Hill’s 2018 campaign, Hill and her staffers are often shown grabbing a drink, and the campaign headquarters featured an impressive “liquor” closet.
When Hill arrived in Washington, D.C., celebratory beverages continued to be a part of her life.
In text messages provided to RedState of conversations between Hill, her estranged husband, and their former throuple partner, by June 2019 all three were expressing concern about Hill’s drinking and its impact on her mental health and work performance.
During the last week of May, Hill was at home in the 25th District for Memorial Day events and visiting constituents before heading up to San Francisco to attend the California Democratic Party convention. Over the course of that week, Hill told Heslep and her female staffer that she wanted to end the throuple relationship to focus on “this important work” of impeaching President Trump. 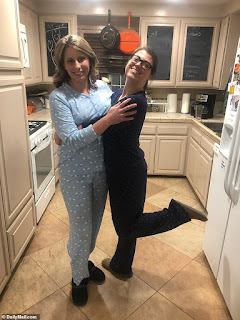 At the convention, Hill was one of the main speakers and also had a big reason to celebrate – her friend Rusty Hicks was elected as party chair (after Eric Baumann was forced out amid sexual assault charges).
Kenny Heslep, Hill’s husband, didn’t accompany her to the convention, but the two were texting throughout the weekend. . . .
The next screenshot reveals that Hill didn’t return to her room until after 3:30 a.m., and she admitted to Heslep that she’s drunk. . . .
The Lydia to which Hill is referring is her psychiatrist. Heslep asks if Hill was talking to Lydia about the split-up. . . .
Hill tells Heslep that she doesn’t know where she’d been precisely, but in general to bars and a Mexican late night restaurant. She reiterates that she had been talking to Lydia “about drinking a lot.” . . .
On June 3rd, the female staffer confronted Rep. Hill about her drinking and reveals that Hill missed her flight and hid that fact from Kenny. . . .
Just a few days later – the day after her wedding anniversary – Hill missed another flight between Washington, D.C., and California, as a staffer named Cat told Hill’s throuple partner. Heslep asks, “Does anyone find it odd how many she’s been missing lately?” . . .

Read the whole thing, which is full of screen-caps of text messages verifying all of this. We are not supposed to “stigmatize” mental illness, but I think electing crazy people to Congress is not a good idea, especially when the kooks are bisexual alcoholics. But in a representative form of government, maybe lunatics in her California district decided they wanted one of their own to represent them Washington? 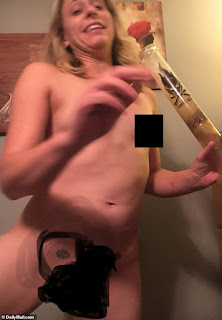 and  Naked Bisexual Democrat’s Scandal Just Got Worse, Believe It or Not


The drip, drip, drip of revelations in Rep. Katie Hill’s scandal continues, and I’m not going to show you all the photos of the bisexual California Democrat who was in a three-way “throuple” relationship with her ex-husband and a young female campaign aide. But if you don’t want to click through to the Daily Mail story, I’ll summarize by saying she’s got an Iron Cross tattoo in her groin area, and photos showing her naked butt were posted to a “wife-sharing” site. There are also more screen-caps of text messages, including one in which the campaign aide, Morgan Desjardins, declares she is still “in love” with the congresswoman. Also, Desjardins wasn’t Hill and her husband’s first three-way: 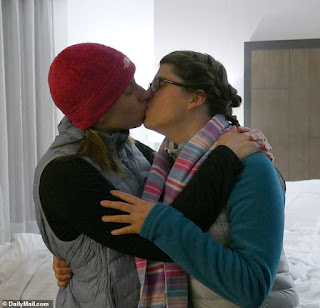 A former tenant of the estranged couple said Hill and Heslep, had a ‘sexual relationship’ with a 21-year-old woman in 2010, the same year they were married.
Michael Pace, a Los Angeles-based technology analyst, said he rented a room in the couple’s Santa Clarita ranch and ‘walked in on the three of them’ multiple times.
‘I can absolutely confirm stuff like this went on even back then,’ Pace told DailyMail.com.
‘I left the house after six months because of all the weird sexual stuff going on in the open.
‘I walked in on the three of them in some very weird situations a few times so I know there was a sexual relationship going on.’

How many times do I have to say it? Never trust a bisexual.

Well, maybe she just represents her district? It is California, after all.

The Wombat is on time and under budget with Rule 5 Sunday: Ingrid Pitt and FMJRA 2.0: Too Late To Be Late Again at The Other McCain.