Can hemp save the Bay? Bay scientists studying environmental, economic uses for hemp


A Gold Rush mentality has erupted across Chesapeake Bay states as the lacy fan-shaped leaves of more than 50,000 acres of industrial hemp spring from the landscape for the first time since World War II.

Bay states and the federal government are removing barriers to growing the misunderstood plant, which was a staple crop from Colonial times and then banned for little more than its likeness to a mind-altering cousin, marijuana.

Now, hemp is again being embraced amid bold claims that include a possible economic life preserver for struggling farmers and an environmentally friendly cash crop that could help reduce nutrient pollution in the Bay. Nearly 2,800 farmers and entrepreneurs had hemp in the ground this summer in Virginia, Pennsylvania, Maryland, West Virginia and New York. 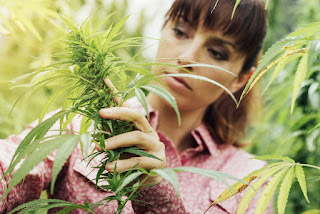 Hemp backers are convinced that the plant is a sustainable alternative to plastics, cotton and fossil fuels, touting the possibility of more than 25,000 natural products that range from plant-based concrete and pain-salving lotions to animal feed and biofuel.

But much is still unknown about hemp’s future economic and environmental impact. In the Bay watershed, scientific research is under way to determine if high-quality hemp can even be grown in the region’s climate and soils and to learn whether it is indeed a miracle plant that offers all of the Earth-friendly benefits and human health claims promoted by supporters.

Advocates say that the plant stores more carbon than it needs to grow, which makes it a possible tool for fighting climate change. Early research also suggests the plant is better than mainstream crops in sucking up phosphorus from manure and poultry litter spread on fields before it can wash off and pollute local waterways.


Hemp grows fast, tall and thick, outcompeting weeds and reducing the need for herbicides, proponents boast. In Pennsylvania, it is being planted on abandoned strip mines to see if it can take root in the depleted soil. Minnesota has a state-run pilot project studying hemp as a mass-produced alternative to corn and soybeans to improve water quality.

Because it grows fast and profuse with a robust root system, hemp may make an excellent streamside buffer to stabilize banks and catch manure and soil runoff, some have claimed. . . .

I know it has it's uses, but it's been hyped by the potheads to the point that it's hard to tell the truth.