Maryland Gets a New Record Fish 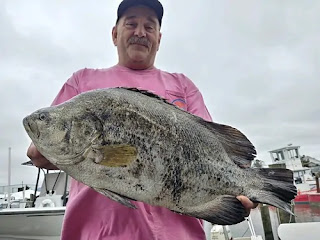 
Yet another record fish is caught in Maryland waters, and this is an unusual one. This time it was a tripletail (Lobotes surinamensis), a funky looking gamefish more commonly associated with southern waters.

On October 19, Angler Don Whittington of Bivalve, MD was fishing with his son, Don Jr., aboard Don Jr.’s boat Virginia. They were chunking for tuna and dolphin near Baltimore Canyon in the Atlantic off Ocean City when he spotted the triple tail near a lobster buoy. Having seen them a lot this summer, the anglers immediately knew what it was. 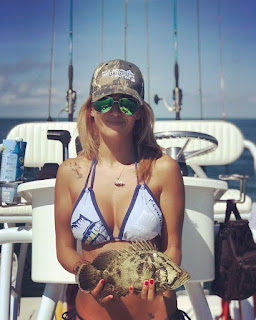 Tripletail has been one of my subjects for Fish Pic Friday. But I'll include a few newer pictures to help with identification. . .


“It wouldn’t touch the cut bait, so I threw a green-and-white soft plastic lure to it,” Whittington said. “After I pulled that one in I was like, “‘Wow.’” Wow is right. The elder Whittington’s unique haul, the state’s first-ever record tripletail, was a true beast, weighing 11 pounds and measuring 25.25 inches long.

DNR’s Recreational Fishing and Outreach Coordinator Erik Zlokovitz tells Bay Bulletin that “a small group of anglers have been targeting them in recent years off Ocean City, during summer and fall,” so given the size of this fish it “really creates a great benchmark for a new record catch.” 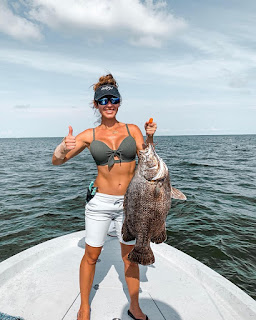 Veteran Ocean City charter captain Mark Sampson tells us, “I’m guessing some that drift north with the Gulf Stream in the summer work their way inshore and then (are) encountered by a few anglers just by chance. I wish we had a fishery for them like farther south.” 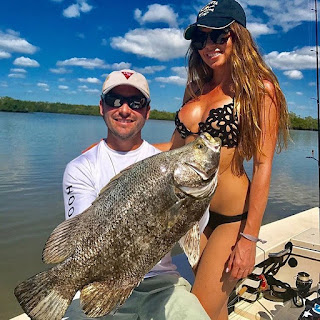 “I think they are becoming more common (in our waters),” adds Virginia expert angler Dr. Ken Neill. “We’ll see them offshore sometimes around weeds or something floating. They’ve also become a not-so-unusual catch in the Bay by cobia sight casters.”

Most Atlantic tripletails weigh two to 16 pounds but can grow to more than three feet and weigh up to 40 pounds or more. The International Game Fish Association lists the all-tackle world record at 42-pounds, 5-ounces, caught off Zululand, South Africa 1989. Virginia does not currently have a state record category for tripletail.


The Wombat has Rule 5 Sunday: Sean Young up as usual at The Other McCain.