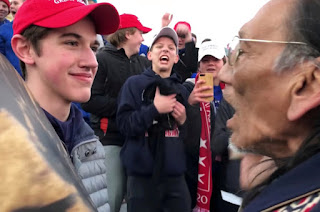 From the Wombat's In The Mailbox: 10.28.19, Herr Professor at Legal Insurrection brings us news that Judge Reopens Nicholas Sandmann lawsuit against Washington Post


For background on the dismissal and the underlying legal issues, see our post, Nicholas Sandmann lawsuit against Washington Post DISMISSED.

Sandmann filed a motion for relief from the judgment of dismissal so he could gather evidence to support his dismissed claims, and also to file a propose First Amended Complaint.

The Order provides the following reasoning, in pertinent part:

The Court first notes that the statements alleged by plaintiff to be defamatory have not changed in the proposed First Amended Complaint. They are the same 33 statements alleged in the original Complaint and set forth in the chart attached to the Court’s July 26, 2019 Opinion and Order (Doc. 47). 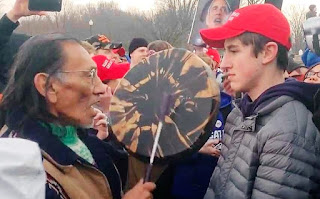 The Court will adhere to its previous rulings as they pertain to these statements except Statements 10, 11, and 33, to the extent that these three statements state that plaintiff “blocked” Nathan Phillips and “would not allow him to retreat.” Suffice to say that the Court has given this matter careful review and concludes that “justice requires” that discovery be had regarding these statements and their context. The Court will then consider them anew on summary judgment.1

[Fn. 1 The Court has reviewed the videos filed by both parties and they confirm this conclusion.]


The Court also notes that the proposed First Amended Complaint makes specific allegations concerning the state of mind of Phillips, the principal source of these statements. It alleges in greater detail than the original complaint that Phillips deliberately lied concerning the events at issue, and that he had an unsavory reputation which, but for the defendant’s negligence or malice, would have alerted defendant to this fact. The proposed First Amended Complaint also alleges that plaintiff could be identified as the subject of defendant’s publications by reason of certain photographs of plaintiff and the videos. This should also be the subject of proof.2
Of course, these allegations will be subject to discovery and summary judgment practice. However, they do pass the requirement of “plausibility.” See generally 2 James Wm. Moore et al., Moore’s Federal Practice § 12.34[1] (Supp. 2019).

The Order provides the following relief, in pertinent part:


IT IS ORDERED that:
1) The motion of the plaintiff for relief from judgment under Rule 60, reconsideration of the Court’s previous Order granting defendant’s motion to dismiss under Rule 59, and for leave to amend the complaint (Doc. 49) be, and is hereby, GRANTED IN PART AND DENIED IN PART, consistent with the above discussion;
2) The judgment (Doc. 48) previously entered herein be, and is hereby, SET ASIDE AND HELD FOR NAUGHT;
3) The proposed First Amended Complaint (Doc. 49-2) shall be DEEMED FILED CONCURRENTLY HEREWITH; ….

While on the surface a relatively narrow ruling, reopening only a limited number of factual claims, it is in fact a big win for Sandmann. His attorneys now get to take discovery on the WaPo process that went into the story. That inquiry will not be limited to the three factual statements, because the process by which those statements made it into the WaPo reporting is the same process by which all the dismissed statements were reported. The entire process will be subject to depositions and document discovery. Sandmann’s attorneys likely will find facts to bolster a number of their claims, so expect a Second Amended Complaint with the results of the discovery process.

The Washington Post posted their article in the "Lifestyle" section. I guess it could impact their lifestyle, for the worse.

It will be interesting to see how anxious WaPoo is to reveal their own secrets.
Posted by Fritz at 5:39 PM