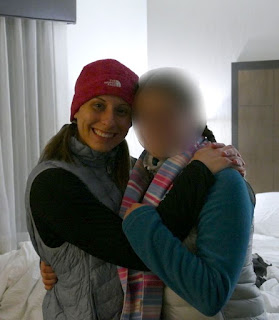 Stacy McCain had me at  ‘Naked Democratic Congresswoman’


An explicit photograph sheds light on California Democratic Rep. Katie Hill’s three-way relationship with her husband and a staffer, which lasted over a year before she broke off the arrangement early this year.
Unknown to the staffer or Hill’s husband, the congresswoman had allegedly been having an affair with another staffer, her legislative director Graham Kelly, for about a year when she broke off the throuple, according to texts and photos received by RedState. 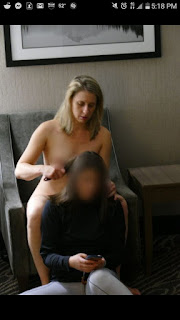 The staffer involved in the three-way relationship is a young woman who joined Hill’s campaign for Congress in 2017 right after graduating college. The romance began shortly after the staffer, then 22 years old, joined the campaign. Hill’s side-affair with Kelly began sometime in 2018 when Kelly was her finance director. Hill’s husband filed for divorce after discovering the California representative’s relationship with Kelly.
Pictures and texts provided to RedState confirm Hill’s relationship with her female staffer, which was previously unknown before the outlet broke the news on Friday.
During the throuple’s relationship, the staffer began joining the married couple on vacations, including one to Alaska. Several photos of Hill and the staffer taken during that vacation have leaked, with the staffer’s face blurred.

But who are we to judge? Let he who has never been in a three-way with a House Democrat staffer throw the first stone! 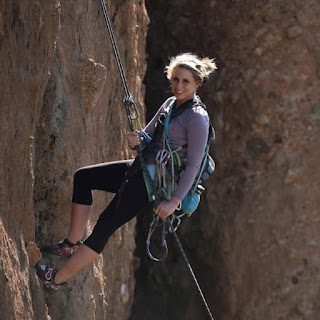 Congress actually has rules against sleeping with the staff. Imagine that! WaPoo, Feb. 2018, House prohibits sexual relationships between lawmakers and their staffers


The House voted Tuesday to prohibit sexual relationships between lawmakers and their employees, a remarkable rule change that brings the institution in line with the military and the private sector after a rash of sexual harassment and misconduct allegations roiled Capitol Hill.

The prohibition, pushed by Rep. Barbara Comstock (R-Va.), took immediate effect as Congress moved toward changing the system for reporting and adjudicating employees’ claims of sexual harassment. The House approved language Tuesday establishing an office to advocate for employees during that process and a separate bill requiring lawmakers to reimburse taxpayers when they are involved in workplace settlements.

“Thanks to the #MeToo movement, the American public has made it clear that they have had enough,” said Rep. Jackie Speier (D-Calif.). “They expect Congress to lead, and for once we are.”

But I'll bet they didn't intend to apply it against gays, bisexuals or Democrats.

The Wombat is on time and under budget with Rule 5 Sunday: Ingrid Pitt and FMJRA 2.0: Too Late To Be Late Again at The Other McCain.