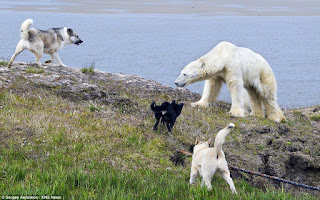 Posted on October 16, 2019 | Comments Off on UVic bows to outside pressure and rescinds my adjunct professor status

As you may have heard, this summer I lost my status as Adjunct Assistant Professor in the Anthropology Department at the University of Victoria in British Columbia, Canada (UVic), a position I had held for 15 years. This action followed my expulsion from the roster of the university’s volunteer Speakers Bureau in May 2017. However, until April 2017 the university and the Anthropology department proudly promoted my work, including my critical polar bear commentary, which suggests someone with influence (and perhaps political clout) intervened to silence my scientific criticism. . .

Basically, she was convicted of having the radical idea that Polar Bears are doing just fine, thank you, and railroaded out of her unpaid job as a researcher and lecturer. And this is how you get the appearance of a 97% consensus. 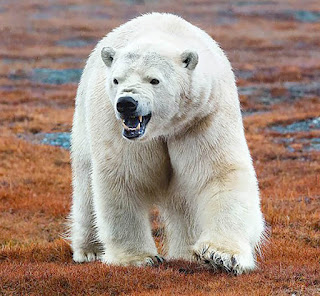 
I am sure there will be some people clapping their hands in glee at this development, like sly children do when they think they have gotten their own way through manipulation. However, the loss of adjunct status will primarily prevent me from continuing scientific research on speciation and domestication mechanisms in evolution: without an academic affiliation I will be unable to secure research funds or academic collaborations.

My scientific credentials are not diminished: they stand on my career accomplishments.

What a lack of academic affiliation has not done – and cannot do – is stop me from investigating and commenting on the failures and inconsistencies of science that I see in published polar bear research papers and reflected in public statements made by polar bear specialists.
I am still a former adjunct professor and I will not be silenced.

At the moment, I am en-route to Oslo to talk about the polar bear catastrophe that never happened – and then it’s on to London, Paris, Amsterdam, and Munich for more of the same. If you’d like to help defray incidental but unavoidable travel costs not covered by the organizers over my five weeks in Europe, that would be very much appreciated: there is a button on the upper right on the sidebar of my blog (“Support Polar Bear Science”) that will accept your donation via credit card or PayPal.