The Self-Destruction of Hollywood Continues


Trace Lysette, who plays yoga instructor Shea on the series, is the second accuser to allege misconduct by the show's star; Amazon says the new information "will be added to our ongoing investigation."

In the second season of Transparent, the groundbreaking Amazon series that traces one father's journey to womanhood, Maura Pfefferman — played by Jeffrey Tambor, in a role that has won him two Emmys — struggles to find the right inflection for the popular queer catchphrase, "Yas queen." 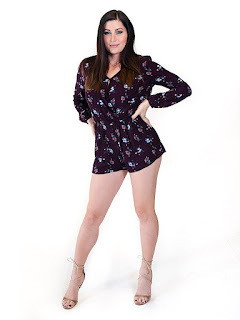 According to Lysette, when she emerged from wardrobe in her costume — a salmon-colored lingerie top and matching short-shorts — Tambor remarked, "My God, Trace. I want to attack you sexually." Alexandra Billings, the third actor in the scene, was present to hear the remark, she confirms. Both "laughed it off because it was so absurd," Lysette says.

A few minutes later, while waiting for a camera setup between takes, Lysette was standing in a corner of the soundstage set. That's when she says Tambor, dressed as Maura, wearing a green satin kimono and gray wig, approached her.

"He came in close, put his bare feet on top of mine so I could not move, leaned his body against me, and began quick, discreet thrust back and forth against my body. I felt his penis on my hip through his thin pajamas," Lysette says.


Lysette pushed Tambor away and "rolled my eyes." Billings was not present for this alleged incident, and several crewmembers were nearby "but they were focused on their jobs. It was discreet. If you were behind Jeffrey you might have thought he was giving me a hug."

The actress, who is transgender, is the second on the Transparent payroll to come forward with allegations that Tambor, 73, has subjected them to sexual harassment, sexual assault and generally abusive behavior on the set of the critically adored series.

Man, that guy is desperate. Can't even find a real woman to hit on. But as ersatz women go, that's a better impression than most. She even whines like a bitch.

Meanwhile Little House on the Prairie star Melissa Gilbert joins in the fun, with another accusation against Oliver Stone: “It Was Humiliating And Horrid”


During an interview on Andy Cohen’s satellite radio show Radio Andy, actress Melissa Gilbert claimed that director Oliver Stone sexually harassed her during an audition for his 1991 film The Doors.

At first, Gilbert told her story without naming any names. She kept the accusations very anonymous saying that she was humiliated during an audition because she had “embarrassed him in a social situation.” Gilbert ended up running out of the room crying. 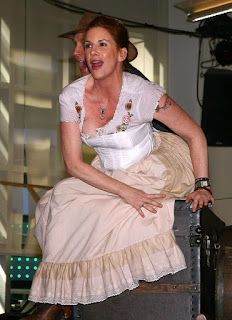 “I’m actually sitting here telling you this story, afraid to say his name, because I’m worried about backlash,” she said in the interview. After being reluctant she eventually said, “Oh f*** it! It was Oliver Stone, and it was The Doors.”

Gilbert says the role she was auditioning for was the Meg Ryan’s character. She goes into detail about the scene she had him read — a scene he said he wrote especially for her. The scene had her on her hands and knees saying, “Do me, baby.” Gilbert said that Stone asked her to stage it and she refused and left the audition crying.

FaceBook fave Elle Johnson offers this take on allegations by 8 women that they were harassed by PBS and CBS anchor Charlie Rose:

#CharlieRose asked me to wear this. He said that wearing black is the professional look that #NPR demands! 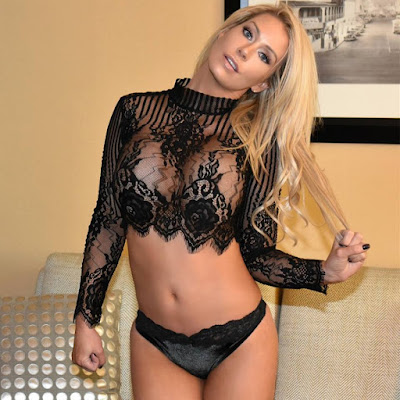 Yes, very professional. CBS AXES CHARLIE ROSE OVER SEXUAL PREDATION ALLEGATIONS. “Flashback to two weeks ago when Charlie Rose was talking about the importance of covering stories about harassment.”

Anyway, there are a couple of different ways to think about all this. One is the the anti-sexual harassment epidemic are a battery of torpedoes aimed at Donald Trump, which failing to find their intended target, are circling back to where they were fired. A more cynical view is that the media democratic complex are sacrificing a rank of pawns hoping to kill the king, Donald Trump. I'm not smart enough (or maybe cynical enough) to be sure which.

UPDATE: This morning Althouse has a very revealing post on how much CBS knew about Charlie Rose before this story "broke." Hint, it was one of those "open secrets." "CBS This Morning" may have fired Charlie Rose, but it used to revel in his sexual creepiness. A taste: