Bonfire of the Vain: #HimToo Campaign Claims Five Scalps in One Day


We are now about seven weeks into the Sexual Harassment Apocalypse that began in early October with revelations of Harvey Weinstein’s predatory behavior. As I have explained, the reason this is happening is because Hillary lost and Trump won. The zero-tolerance no-mercy attitude toward male misconduct is a product of feminist rage over Trump’s victory; they cannot destroy him, so they’ll destroy any man within range. The only way to save yourself? Avoid feminists.

Ace just got the Vanity Fair article that NBC was getting out ahead of, and it's pretty juicy: Apologies, But Vanity Fair Just Published Its Hit on Matt Lauer, and Whoo Doggy, I Gotta Post It


I hate this guy.


As the co-host of NBC's "Today," Matt Lauer once gave a colleague a sex toy as a present. It included an explicit note about how he wanted to use it on her, which left her mortified.
On another day, he summoned a different female employee to his office, and then dropped his pants, showing her his penis. After the employee declined to do anything, visibly shaken, he reprimanded her for not engaging in a sexual act.
He would sometimes quiz female producers about who they'd slept with, offering to trade names...
Despite being married, Lauer was fixated on women, especially their bodies and looks, according to more than 10 accounts from current and former employees. He was known for making lewd comments verbally or over text messages. He once said made a suggestive reference to a colleague's performance in bed and compared it to how she was able to complete her job, according to witnesses to the exchange. For Lauer, work and sex were intertwined.
"There were a lot of consensual relationships, but that’s still a problem because of the power he held," says a former producer who knew first-hand of these encounters. "He couldn't sleep around town with celebrities or on the road with random people, because he's Matt Lauer and he's married. So he'd have to do it within his stable, where he exerted power, and he knew people wouldn’t ever complain."

Lauer had a "secluded" office permitting him trysts at work, and if the seclusion wasn't enough, he installed a special feature: He could lock the door by remote control with a button on his desk, making sure no one could just walk on in while he was doing... whatever. I guess getting up and just locking the door might have given his lovers/victims a chance to reconsider or object, so he'd just hit the button and the door would lock itself. 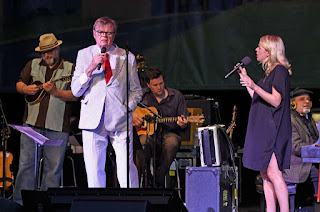 
Minnesota Public Radio (MPR) is terminating its contracts with Garrison Keillor and his private media companies after recently learning of allegations of his inappropriate behavior with an individual who worked with him.

Last month, MPR was notified of the allegations which relate to Mr. Keillor's conduct while he was responsible for the production of A Prairie Home Companion (APHC). MPR President Jon McTaggart immediately informed the MPR Board Chair, and a special Board committee was appointed to provide oversight and ongoing counsel. In addition, MPR retained an outside law firm to conduct an independent investigation of the allegations. Based on what we currently know, there are no similar allegations involving other staff. The attorney leading the independent investigation has been conducting interviews and reviewing documents, and the investigation is still ongoing. We encourage anyone with additional information to call our confidential hotline 1-877-767-7781. . . .


In an email to the Star Tribune on Wednesday, Keillor said, “I put my hand on a woman’s bare back. I meant to pat her back after she told me about her unhappiness and her shirt was open and my hand went up it about six inches. She recoiled. I apologized. I sent her an email of apology later and she replied that she had forgiven me and not to think about it. We were friends. We continued to be friendly right up until her lawyer called.”

Keillor even managed a joke of sorts: “Getting fired is a real distinction in broadcasting and I’ve waited fifty years for the honor. All of my heroes got fired. I only wish it could’ve been for something more heroic.”
. . .
“If I had a dollar for every woman who asked to take a selfie with me and who slipped an arm around me and let it drift down below the beltline, I’d have at least a hundred dollars. So this is poetic irony of a high order. But I’m just fine. I had a good long run and am grateful for it and for everything else.”

"David Sweeney is no longer on staff," Chris Turpin, acting senior vice president of news, said in an email to staff.
. . .
The email did not directly state the cause for Sweeney's departure. But this follows a formal internal review into his conduct, after three current and former NPR journalists made formal complaints against him.

Kreisberg, who exec produced The CW's DC Comics-inspired dramas Supergirl, The Flash, Legends of Tomorrow and Arrow, was suspended by WBTV weeks ago following multiple allegations of sexual harassment. The studio launched an internal investigation in to the allegations. Kreisberg has now been terminated from all four series as well as CW Seed's Vixen and has lost his overall deal with the studio. (Sources say Kreisberg was also developing another show with Berlanti, with that now up in the air.)

"After a thorough investigation, Warner Bros. Television Group has terminated Andrew Kreisberg’s employment, effective immediately," WB said in a statement. "Greg Berlanti will assume additional responsibilities on both The Flash, where he will work closely with executive producer/co-showrunner Todd Helbing, and Supergirl, where he will work closely with executive producers/co-showrunners Robert Rovner and Jessica Queller. We remain committed to providing a safe working environment for our employees and everyone involved in our productions."


Nineteen men and women, all of whom chose to remain anonymous, came forward to accuse the showrunner of sexual misconduct, including inappropriate touching, which took place over a period of several years. Many are current or former employees of the shows Kreisberg executive produced. Kreisberg allegedly touched people and kissed women without consent and asked for massages from female staff.

Kreisberg was hand-picked to oversee Berlanti's growing DC universe at The CW. Kreisberg is said to have created a "toxic" work environment with many insiders fearing retaliation if they filed a complaint against him. (He also has routinely fired the writing staff from The Flash every season and this year had trouble staffing the show and challenges hiring women, sources say.)


And now, getting down to the dregs, #5 4 former employees accuse celebrity chef Johnny Iuzzini of sexual harassment and abuse


One night in 2011, on the gilded first floor of New York’s Trump International Hotel and Tower, a pastry chef labored at her station in the Jean-Georges restaurant. Her boss, pastry chef and emerging TV star Johnny Iuzzini, hovered nearby. Without warning, the pastry chef told Mic, Iuzzini was beside her, his tongue in her ear.

Iuzzini repeated the offense “three or four times” on separate occasions, said the pastry chef, who worked under him for nearly two years. “I cried every time,” said the chef, who spoke to Mic on the condition of anonymity to protect her privacy. She did not report the incidents to management at the time, but she did tell a friend, who confirmed to Mic that she heard the story shortly after it happened. The pastry chef resigned later that year, not in reaction to any single incident, she said, but because of the culmination of Iuzzini’s behavior toward her: “I left because of the way he treated me.”

Two pastry chefs and two externs — an unpaid position that often requires the same time commitment as full-time employees — who reported to Iuzzini between 2009 and 2011 described in interviews with Mic a work environment in the Jean-Georges pastry kitchen that was rampant with incidents of sexual harassment.

Stuck his tongue in her ear? That doesn't sound even remotely sexy for either person.

Wombat-socho has "Rule 5 Sunday: All You Need Is Kill" and "FMJRA 2.0: To Run Where The Brave Dare Not Go" up and running at The Other McCain.
Posted by Fritz at 5:11 PM