Reason #5765 That Trump Was Elected 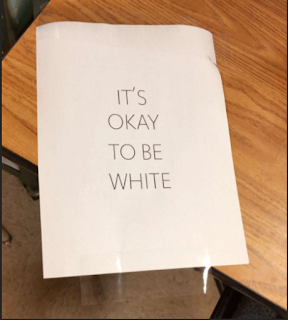 Maryland high school has posters saying "It's OK to be White", and they're treating it like a hate crime: Md. high school won’t ‘fall victim’ to ‘okay to be white’ flyers

Flyers stating “It’s OK to be white” were found at Montgomery Blair High School in Silver Spring on Wednesday morning.

In a letter sent to parents, the school’s Principal Renay Johnson writes that “Montgomery Blair is a very smart, diverse and inclusive community and we will not fall victim to attempts to divide us.”

The fliers were found on 10 exterior doors to the building by staff before students arrived, the letter states. 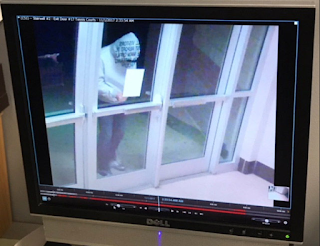 “We are taking this seriously and are investigating this incident,” Johnson writes.

Security footage released by the school system shows a person in a hooded sweatshirt posting one of the fliers. And police have been contacted, a school spokesman said.

The fliers seemed to be prompted by the 4chan message forum, according to school officials, that promotes racial and political tensions.