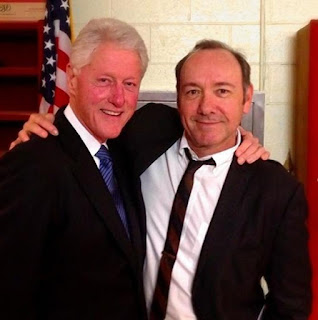 "The only way I can lose this election is if I'm caught in bed with either a dead girl or a live boy". - Edwin Edward, the day before election day.


Folks, the bonfire of sexual harassment accusations — in Hollywood, in the news media, in politics — is now an inferno raging out of control. There are so many women accusing so many men of so many wrongdoings that it’s impossible to keep up. Dustin Hoffman? That one shocked me, but it’s 2017, and maybe nothing is really shocking anymore.

As disappointing as the Hoffman story was, Kevin Spacey’s situation is far more serious. Sunday, Spacey was rocked by actor Anthony Rapp’s accusation that Spacey attempted to sexually assault him when Rapp was only 14. That was very bad, and in commenting on it, I noted that there was a lot of online chatter to the effect that Spacey was promiscuous, with a predilection for younger men and was said to solicit sex from male crew members on House of Cards more or less routinely. At the time, that was merely chatter, but Friday morning it became actual news:


Kevin Spacey made the set of Netflix’s “House of Cards” into a “toxic” work environment through a pattern of sexual harassment, eight people who currently work on the show or worked on it in the past tell CNN. One former employee told CNN that Spacey sexually assaulted him. . . .All eight people, each of whom spoke to CNN on the condition of anonymity for fear of professional repercussions for speaking out, described Spacey’s behavior as “predatory,” saying it included nonconsensual touching and crude comments and targeted production staffers who were typically young and male. 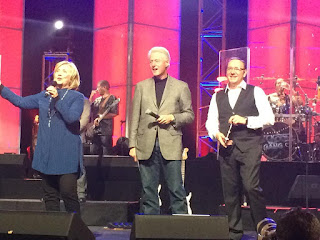 This confirms the online chatter and, just in case Spacey’s career had not yet been completely destroyed, another man came forward to say that in 1983, when he was 14, he had a sexual affair with Spacey. This ended, he said, when Spacey, then 24, attempted to anally rape him.

OK, how many more teenage victims are there? It doesn’t matter. No matter how many Oscars you’ve got, one 14-year-old exceeds the limit. And have I mentioned lately that Kevin Spacey is a close personal friend of Bill Clinton? Because this probably ought to be mentioned.

Bill probably takes some comfort in the fact that Spacey is not competing with him for buxom blondes.
Posted by Fritz at 9:46 AM