A Hot Day for the Butterflies 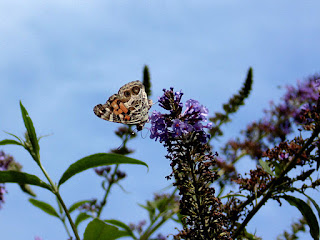 The heat brought out the butterflies today. An American Lady against the sky on the Butterfly Bush. I couldn't get a shot that showed the top of the wings. You can tell it from the very similar Painted Lady by the two big eyespots on the hind wing (top or bottom) or the little white spot surrounded by orange on the fore wing (top or bottom). 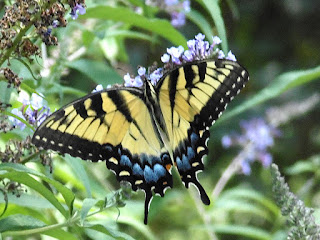 A giant female Eastern Tiger Swallowtail. The wide blue markings at the bottom distinguish it from the males. 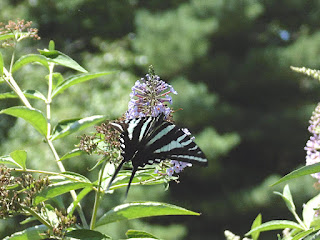 A Zebra Swallowtail. I saw one laying eggs on a Paw Paw a few days ago, and I'm hoping to catch a caterpillar of one and grow it up. 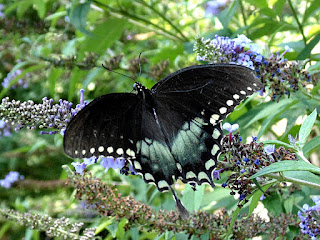 A Spicebush Swallowtail. One of several black swallowtails in the area. The cloudy green markings identify this one as male (the females are much bluer). Supposedly a mimic of the poisonous Pipevine Swallowtail, but it seems much more common to me. 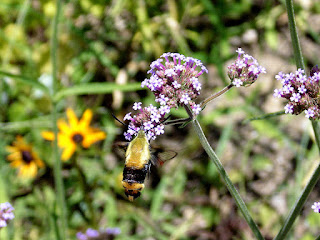 Not a butterfly at all, but a day flying moth that imitates hummingbirds or bumblebees, the Snowberry Clearwing. 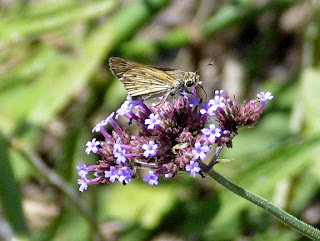 One of the little orange skippers. I think it's a Sachem. 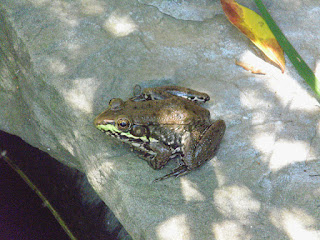