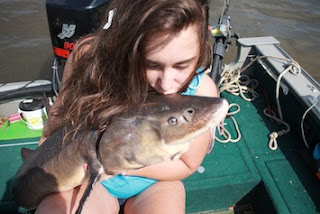 For years, scientists thought there might not be any native Atlantic sturgeon in the Chesapeake Bay. That idea changed in recent years, as biologists began netting hundreds of adults in the James River, and others began turning up in other tributaries.

Now, genetic analyses show the Chesapeake is home to at least two — and possibly more — distinct populations of the endangered fish.

DNA analysis shows that James River sturgeon and those recently found spawning next door in the Pamunkey River, a tributary of the York River, are not even particularly closely related, despite their geographic proximity. 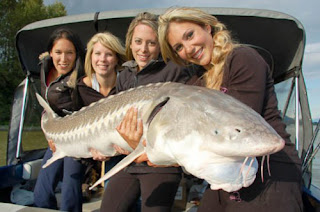 The 138 Pamunkey fish sampled seem more closely related to what could be a third population farther up, and across, the Bay in the Nanticoke River where 15 adult fish have been caught — and released — the last two years.

It’s too early to say whether the sturgeon netted in the Nanticoke and its tributaries constitute a unique population, said Tim King, a fisheries biologist with the U.S. Geological Survey who did the genetic analysis. King said he would like at least 25–30 samples before offering a more concrete opinion about the Nanticoke sturgeon. 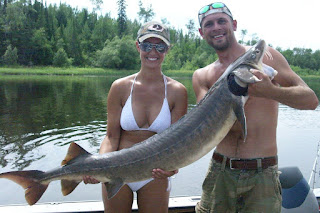 One thing is clear from the genetics work: The fish caught in the Nanticoke do not stem from a 1996 experimental release of hatchery-reared sturgeon in that river. Those were the offspring of Hudson River fish, and none of the sturgeon found in the Nanticoke shares any DNA with those New York imports.

The Nanticoke and Pamunkey fish seem to share some traits. They both have turned up in smaller water bodies than those usually associated with large sturgeon, said Dave Secor, a fisheries biologist with the University of Maryland Center for Environmental Science. The Nanticoke fish actually came primarily from two small tributaries, the Marshyhope and Broad Creek. 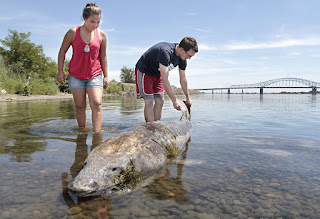 “It is really intriguing that these small systems can continue to support sturgeon reproduction,” Secor said. “I think that these two populations are going to be very similar in terms of the habitats that they are spawning in, and probably some of the nursery areas. So it may make sense to look at these jointly in the future as a different kind of reproductive population.”

Also, fish captured and tagged from both rivers show a tendency to wander around the Bay, unlike James sturgeon, which generally do not venture far. Two fish from the Pamunkey River have visited suspected spawning grounds far up the Nanticoke during spawning season, and one tagged in the Marshyhope turned up in the Pamunkey.

It’s not unusual for sturgeon to visit other rivers, but normally they stay in the lower reaches. These fish ventured to freshwater spawning areas, and remained there.

Scientists say there’s one thing that troubles them about this new population of an endangered fish. The Pamunkey population appears to be one of the smallest on the East Coast. Unlike the James sturgeon, which may number in the thousands, Kahn estimates there are only about 300 adults in the Pamunkey. The worrisome thing is that those fish are mainly “brothers and sisters,” offspring from only a handful of parents.

Whether the same is true for the Nanticoke sturgeon won’t be known until more are caught and genetic samples taken.

Based on the limited genetic diversity seen in Pamunkey sturgeon, King estimates that the “functional population” there — the number of adults that produced them all — was around eight fish, though because of uncertainty with such a small sample it could be as few as four or as high as 23.

The mere fact that we have the opportunity to argue about whether the Pamunkey and Nanticoke populations are mixed or separate is an encouraging sign.

Wombat-socho has "Rule 5 Sunday: Playmate Turns Showgirl" ready for inspection at The Other McCain.
Posted by Fritz at 6:01 PM