Beware of the Hidden Ginger Gene! 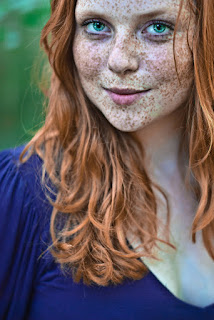 Beware the silent ginger gene: Even brunettes and blondes can carry 'red-head gene' which is as dangerous to skin as 21 YEARS of sun exposure


Carrying the 'ginger gene' is as dangerous as 21 years of sun exposure as it raises the risk of deadly skin cancer, a new study warns.

The gene variant is associated  with red hair, pale skin and freckles - and increases the number of mutations in skin cancer cells.

But while all redheads carry the gene, those with other hair colours may also carry one copy, putting them at risk too, researchers said.

Scientist hope the finding will lead to identifying people of all hair colours that are at a higher risk of developing the disease. 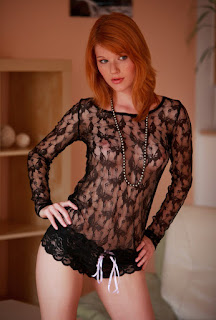 I would think now that DNA testing could pretty well identify the presence of the "ginger" gene. But where to look, besides the obvious gingers?

They carry two copies of a variant of the MC1R gene - dubbed the 'ginger gene' - which affects the type of melanin pigment they produce.

Some non redheads carry one copy of this variant, also putting them at risk of melanoma. 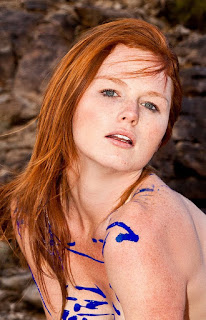 Dr David Adams, from the Wellcome Trust Sanger Institute, said: 'It has been known for a while that a person with red hair has an increased likelihood of developing skin cancer, but this is the first time that the gene has been proven to be associated with skin cancers with more mutations.

'The burden of mutations associated with these variants is comparable to an extra 21 years of sun exposure in people without this variant.

'Unexpectedly, we also showed that people with only a single copy of the gene variant still have a much higher number of tumour mutations than the rest of the population.'

This is one of the first examples showing a common genetic profile has a large impact on the likelihood of developing cancer, and could help better identify people at higher risk of developing the disease, he added.

This is not just of academic interest in my family. As you may know, my wife Georgia is a classic ginger, with red hair and freckles, and the associated propensity to sunburn. Her father, Vince, a typical swarthy, black haired Italian, succumbed to melanoma far too young. Since he had a child with red hair, it's obvious that he carried the MC1R mutation that determines gingerdom. Moreover, both of our children, Corwin and Alex, whose hair is more similar to my sandy blond, must be also heterozygous for the ginger trait.