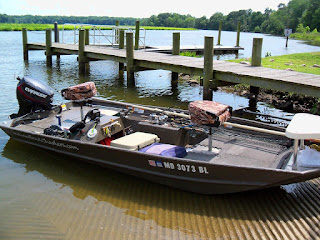 Yesterday was the day for the annualish pilgrimage to Mattawoman Creek for a Snakehead/Bass fishing trip. Tom and I met Capt. Mike Starrett of Indian Head Charters guide service at Slavins Landing at 3 PM for chicken and ribs from the local Korean barbecue (part of the experience) and launched shortly there after 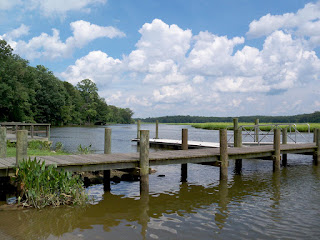 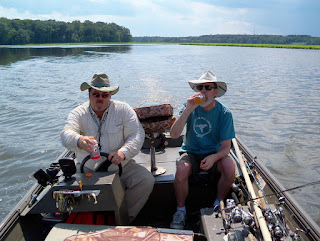 Mike and Tom topping off their hydration. Note the pile of rods on the right, each pre-rigged for a particular type of fishing. 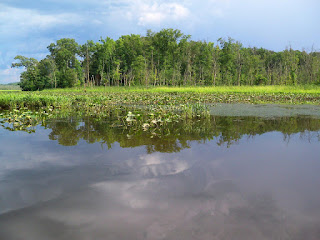 We spent the first part of the afternoon chasing the wily Northern Snakehead, using frog imitations. We got several strikes from what appeared to be big snakeheads, but never got to set the hook. I even missed one that jumped part way out of the water to grab a bait dangling from a lily pad. Shortly afterwards, a pop up thunderstorm blew in and drenched us to the skin (sorry, I had to put the camera away). 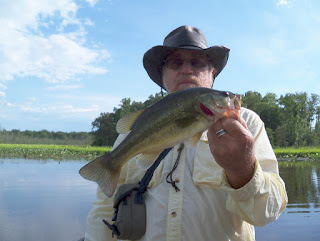 Soon after the storm we switched to top water poppers, and concentrated on Large Mouth Bass. I caught the first . . . 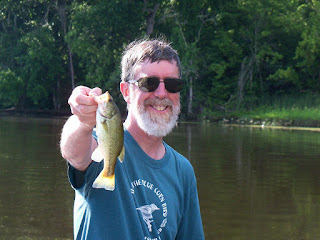 And Tom caught the second. A very ambitious little guy who attacked a popper not much smaller than itself. 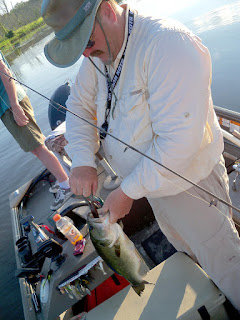 Mike extracts the popper from the mouth of another one that attempted to inhale it. It came out without blood, either the fish's, or Mike's so the operation was a success 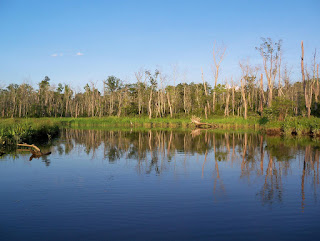 The upper end of Mattawoman Creek is one of the true gems of the Chesapeake Bay. Do you see it? 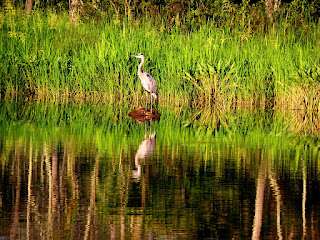 There it is. It got upset, squawked loudly at us, and eventually flew off in disgust at having to share his fishing hole 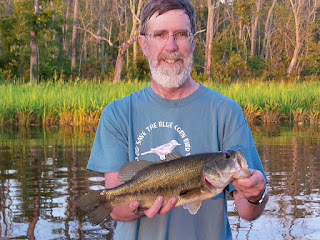 In the failing daylight, we switched back to plastic frogs for a while, and Tom caught this fat one. 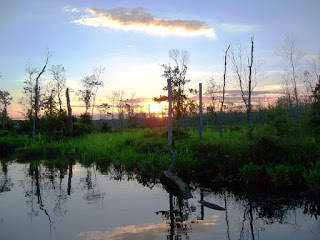 Eventually the sun did go down, and it was time to idle back down to Slavins 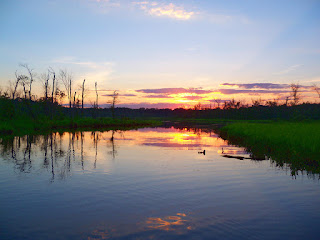