Smith Island to Get Much Needed Upgrade 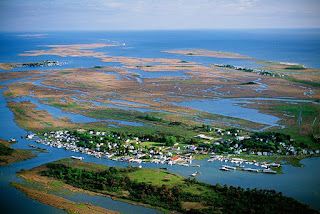 
A $2.4 million contract was awarded to bring shoreline stabilization for Smith Island's west side. Coastal Design and Construction Inc. of Gloucester, Va. was awarded the contract.

The west side of the island's shoreline known as Rhodes Point is eroding away.Eddie Somers, president of Smith Island United said that area of the island is at a critical point. Somers said if another major hurricane were to hit that part of the island could possible be gone.

Somers said getting through this process has been a long awaited journey.

"It's fantastic. We're thrilled; a lot of us especially my age thought we would never see anything like that and we're grateful to our Somerset County official's and our state officials for helping us with that," Somers said.

Shoreline stabilization is a good thing; it keeps the erosion at the edges from slowly devouring the whole island, as has happened repeatedly to Chesapeake Bay islands. It doesn't change the dynamics when it comes to slowly rising sea levels. As a mostly saltmarsh island, the saltmarsh part that still remains can rise with the rising Bay (about 3 mm/year currently), but the part covered by houses, roads, and other land uses cannot, without input from man.


Gary Pusey, Somerset County Planning Director said the county set aside some of its Hurricane Sandy Recovery funds to pay for the project. Pusey said the county will chip in $1.6 million as its share.

That's fair; the Smith Islanders pay taxes too.
Posted by Fritz at 12:26 PM